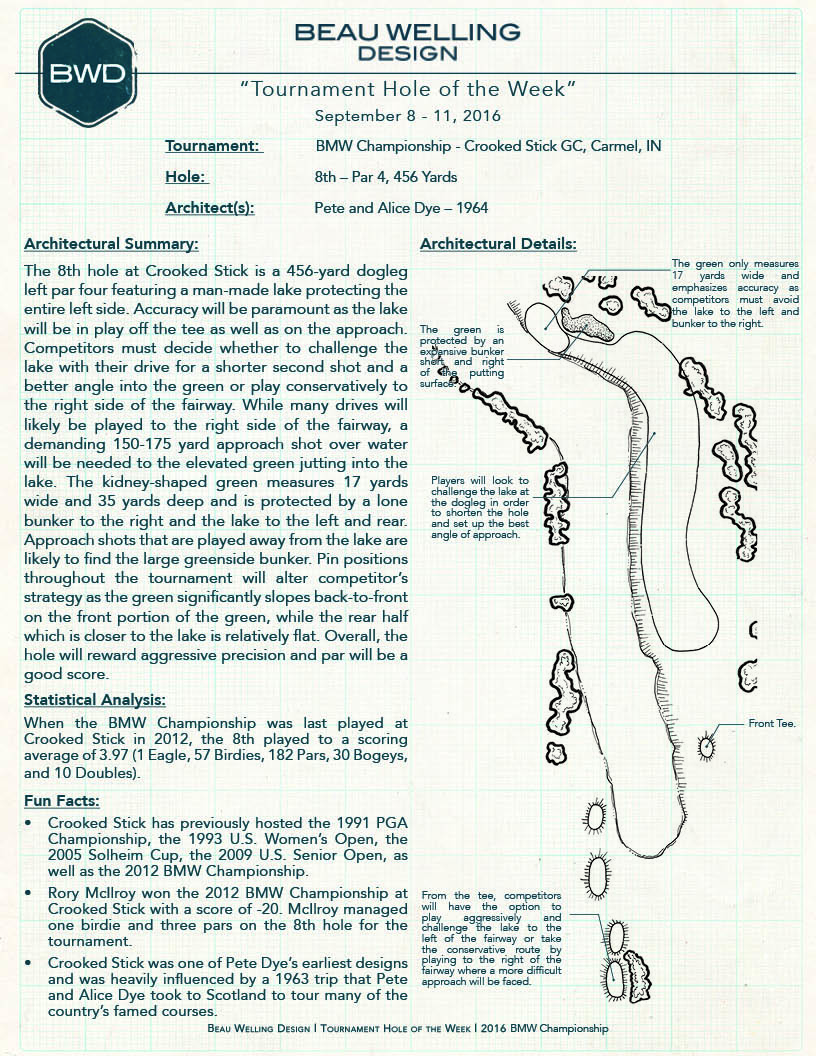 The 8th hole at Crooked Stick is a 456-yard dogleg left par four featuring a man-made lake protecting the entire left side. Accuracy will be paramount as the lake will be in play off the tee as well as on the approach. Competitors must decide whether to challenge the lake with their drive for a shorter second shot and a better angle into the green or play conservatively to the right side of the fairway. While many drives will likely be played to the right side of the fairway, a demanding 150-175 yard approach shot over water will be needed to the elevated green jutting into the lake. The kidney-shaped green measures 17 yards wide and 35 yards deep and is protected by a lone bunker to the right and the lake to the left and rear. Approach shots that are played away from the lake are likely to find the large greenside bunker. Pin positions throughout the tournament will alter competitor’s strategy as the green significantly slopes back-to-front on the front portion of the green, while the rear half which is closer to the lake is relatively flat. Overall, the hole will reward aggressive precision and par will be a good score.