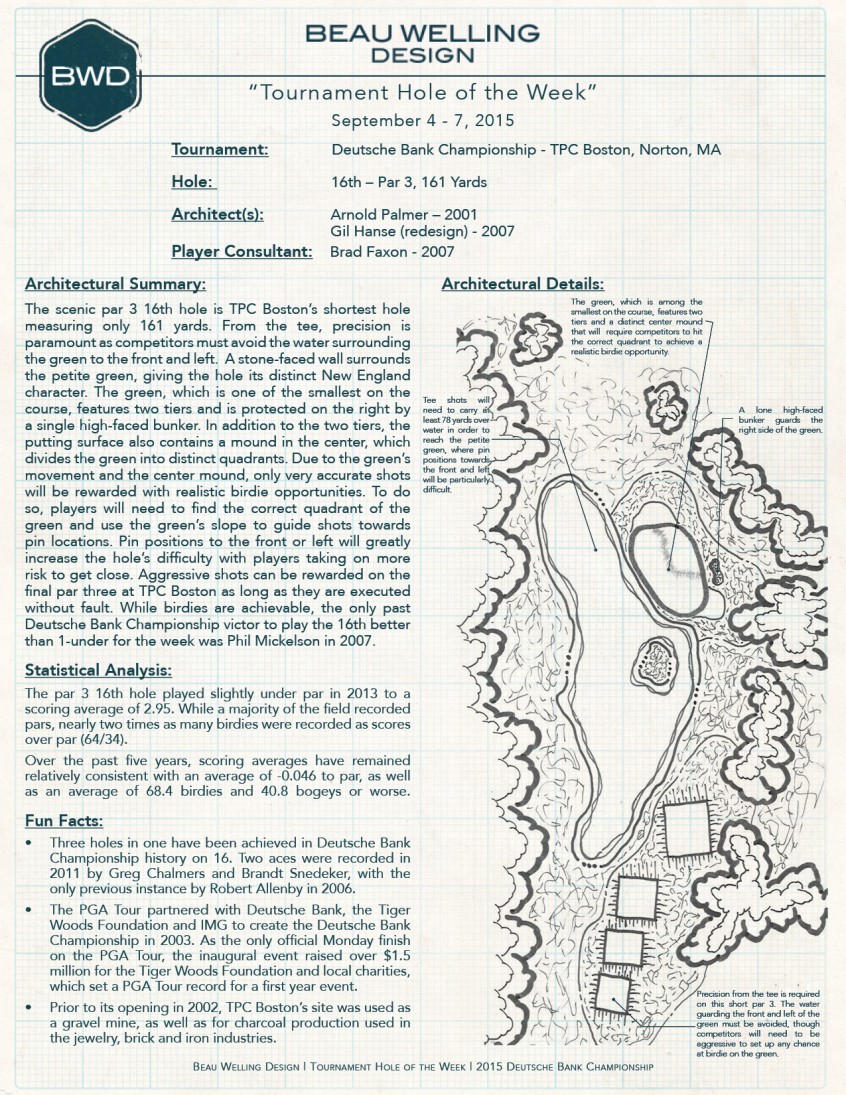 The scenic par 3 16th hole is TPC Boston’s shortest hole measuring only 161 yards. From the tee, precision is paramount as competitors must avoid the water surrounding the green to the front and left. A stone-faced wall surrounds the petite green, giving the hole its distinct New England character. The green, which is one of the smallest on the course, features two tiers and is protected on the right by a single high-faced bunker. In addition to the two tiers, the putting surface also contains a mound in the center, which divides the green into distinct quadrants. Due to the green’s movement and the center mound, only very accurate shots will be rewarded with realistic birdie opportunities. To do so, players will need to find the correct quadrant of the green and use the green’s slope to guide shots towards pin locations. Pin positions to the front or left will greatly increase the hole’s difficulty with players taking on more risk to get close. Aggressive shots can be rewarded on the final par three at TPC Boston as long as they are executed without fault. While birdies are achievable, the only past Deutsche Bank Championship victor to play the 16th better than 1-under for the week was Phil Mickelson in 2007.

The par 3 16th hole played slightly under par in 2013 to a scoring average of 2.95. While a majority of the field recorded pars, nearly two times as many birdies were recorded as scores over par (64/34).

Over the past five years, scoring averages have remained relatively consistent with an average of -0.046 to par, as well as an average of 68.4 birdies and 40.8 bogeys or worse.