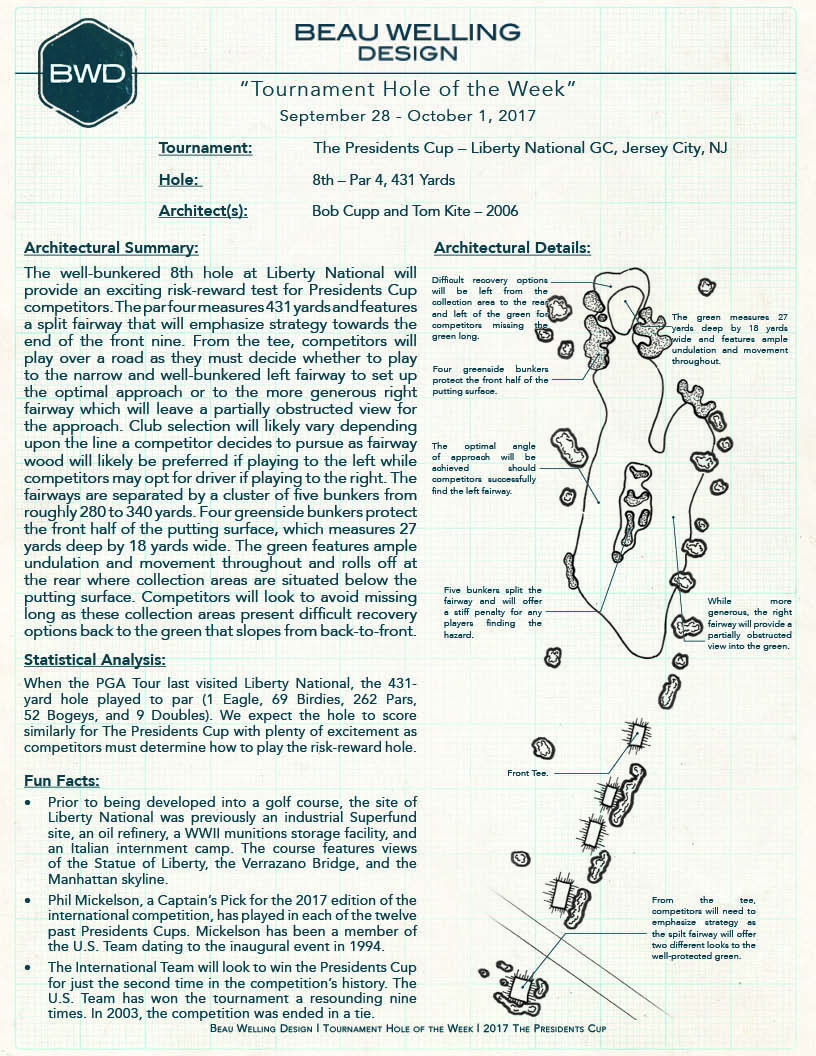 The well-bunkered 8th hole at Liberty National will provide an exciting risk-reward test for Presidents Cup competitors. The par four measures 431 yards and features a split fairway that will emphasize strategy towards the end of the front nine. From the tee, competitors will play over a road as they must decide whether to play to the narrow and well-bunkered left fairway to set up the optimal approach or to the more generous right fairway which will leave a partially obstructed view for the approach. Club selection will likely vary depending upon the line a competitor decides to pursue as fairway wood will likely be preferred if playing to the left while competitors may opt for driver if playing to the right. The fairways are separated by a cluster of five bunkers from roughly 280 to 340 yards. Four greenside bunkers protect the front half of the putting surface, which measures 27 yards deep by 18 yards wide. The green features ample undulation and movement throughout and rolls off at the rear where collection areas are situated below the putting surface. Competitors will look to avoid missing long as these collection areas present difficult recovery options back to the green that slopes from back-to-front.

When the PGA Tour last visited Liberty National, the 431-yard hole played to par (1 Eagle, 69 Birdies, 262 Pars, 52 Bogeys, and 9 Doubles). We expect the hole to score similarly for The Presidents Cup with plenty of excitement as competitors must determine how to play the risk-reward hole.