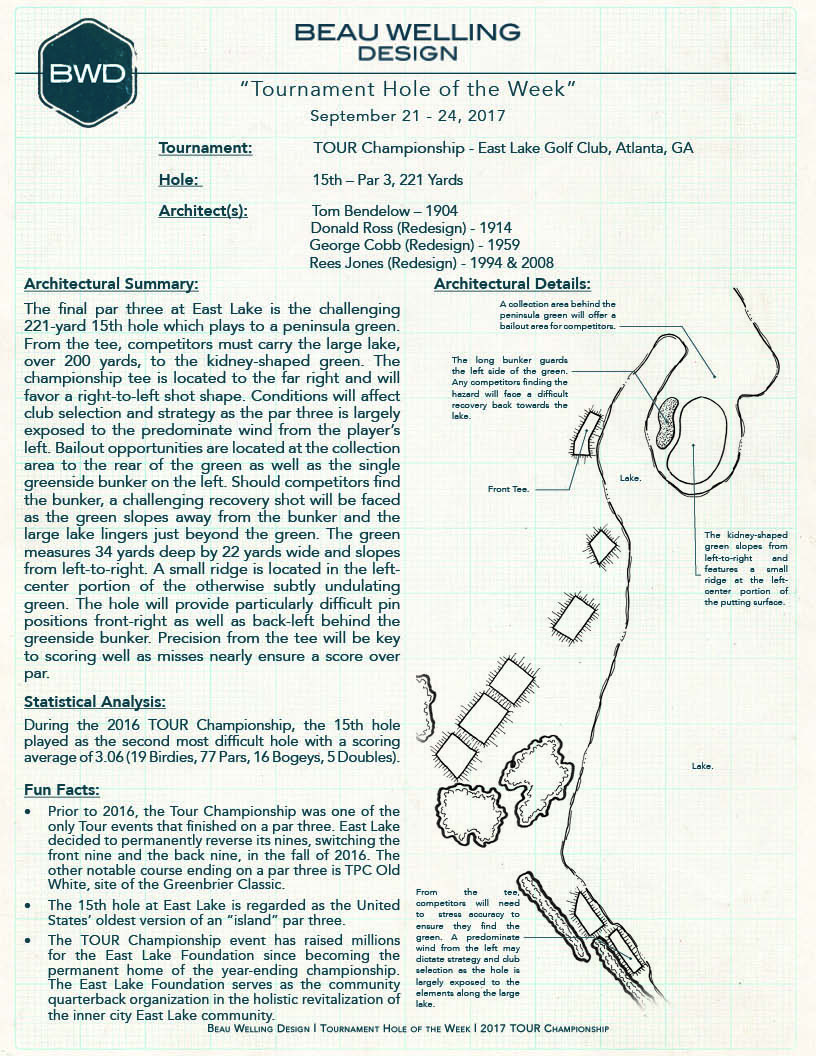 The final par three at East Lake is the challenging 221-yard 15th hole which plays to a peninsula green. From the tee, competitors must carry the large lake, over 200 yards, to the kidney-shaped green. The championship tee is located to the far right and will favor a right-to-left shot shape. Conditions will affect club selection and strategy as the par three is largely exposed to the predominate wind from the player’s left. Bailout opportunities are located at the collection area to the rear of the green as well as the single greenside bunker on the left. Should competitors find the bunker, a challenging recovery shot will be faced as the green slopes away from the bunker and the large lake lingers just beyond the green. The green measures 34 yards deep by 22 yards wide and slopes from left-to-right. A small ridge is located in the left-center portion of the otherwise subtly undulating green. The hole will provide particularly difficult pin positions front-right as well as back-left behind the greenside bunker. Precision from the tee will be key to scoring well as misses nearly ensure a score over par.