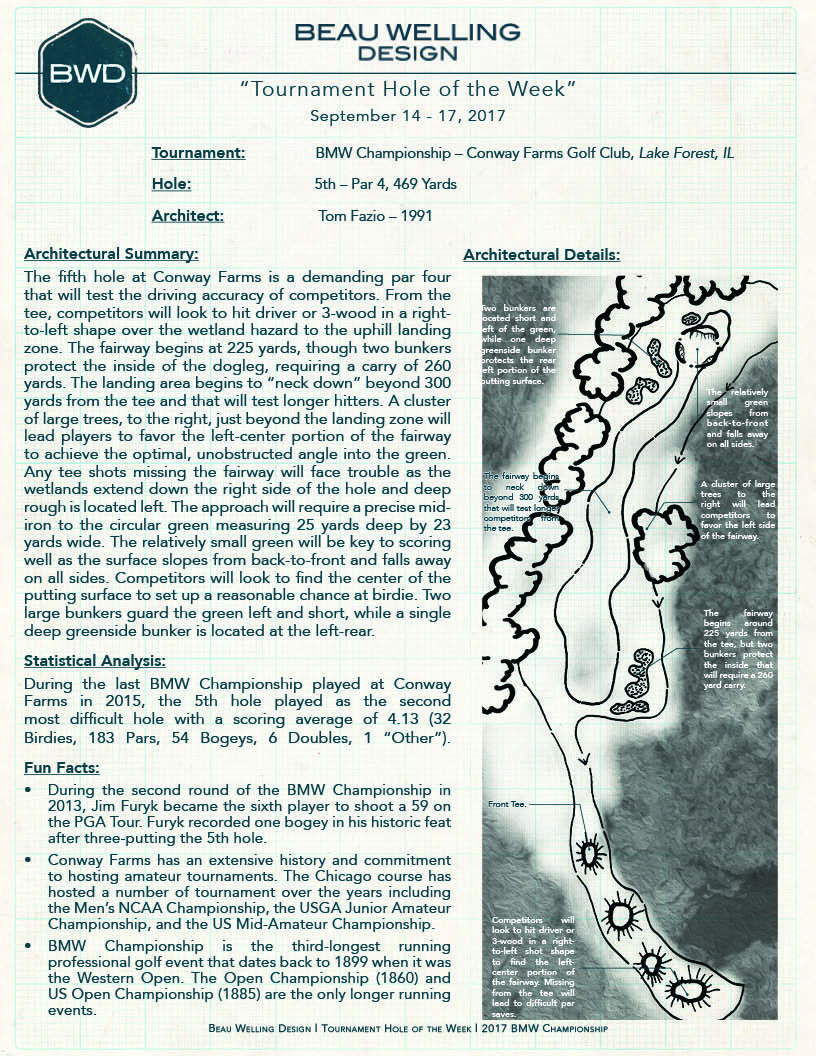 Architectural Summary:
The fifth hole at Conway Farms is a demanding par four that will test the driving accuracy of competitors. From the tee, competitors will look to hit driver or 3-wood in a right-to-left shape over the wetland hazard to the uphill landing zone. The fairway begins at 225 yards, though two bunkers protect the inside of the dogleg, requiring a carry of 260 yards. The landing area begins to “neck down” beyond 300 yards from the tee and that will test longer hitters. A cluster of large trees, to the right, just beyond the landing zone will lead players to favor the left-center portion of the fairway to achieve the optimal, unobstructed angle into the green. Any tee shots missing the fairway will face trouble as the wetlands extend down the right side of the hole and deep rough is located left. The approach will require a precise mid-iron to the circular green measuring 25 yards deep by 23 yards wide. The relatively small green will be key to scoring well as the surface slopes from back-to-front and falls away on all sides. Competitors will look to find the center of the putting surface to set up a reasonable chance at birdie. Two large bunkers guard the green left and short, while a single deep greenside bunker is located at the left-rear.

Statistical Analysis:
During the last BMW Championship played at Conway Farms in 2015, the 5th hole played as the second most difficult hole with a scoring average of 4.13 (32 Birdies, 183 Pars, 54 Bogeys, 6 Doubles, 1 “Other”).