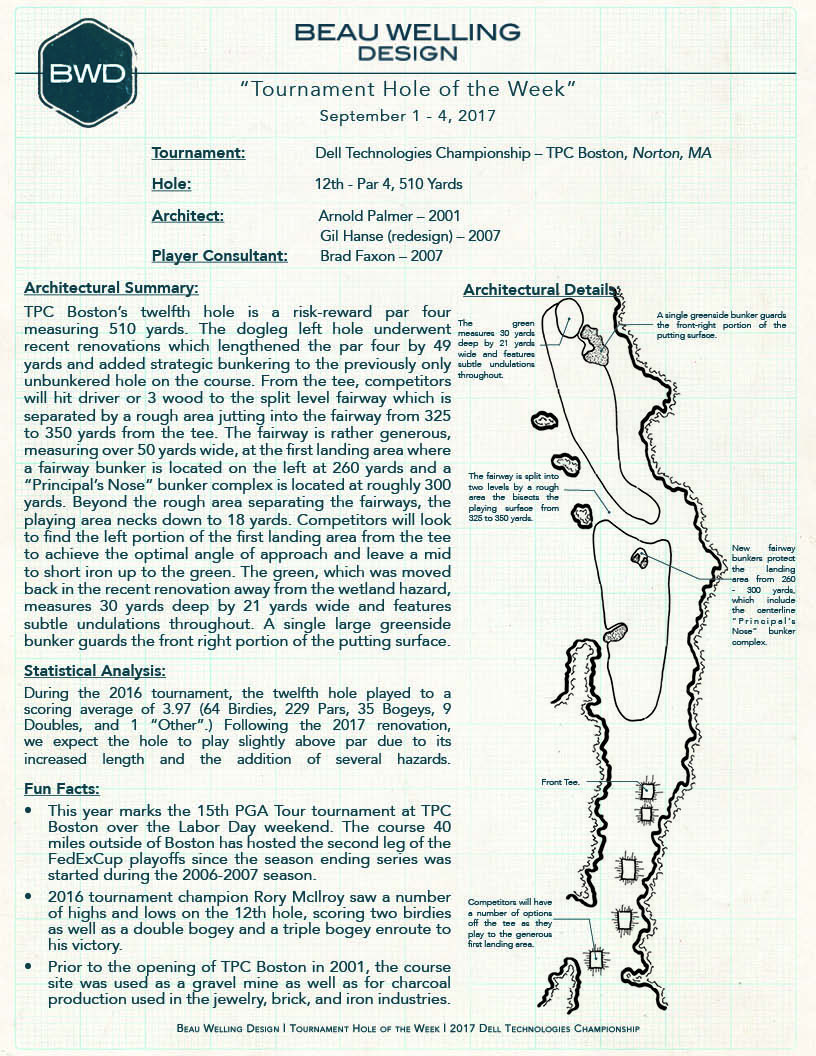 Architectural Summary:
TPC Boston’s twelfth hole is a risk-reward par four measuring 510 yards. The dogleg left hole underwent recent renovations which lengthened the par four by 49 yards and added strategic bunkering to the previously only unbunkered hole on the course. From the tee, competitors will hit driver or 3 wood to the split level fairway which is separated by a rough area jutting into the fairway from 325 to 350 yards from the tee. The fairway is rather generous, measuring over 50 yards wide, at the first landing area where a fairway bunker is located on the left at 260 yards and a “Principal’s Nose” bunker complex is located at roughly 300 yards. Beyond the rough area separating the fairways, the playing area necks down to 18 yards. Competitors will look to find the left portion of the first landing area from the tee to achieve the optimal angle of approach and leave a mid to short iron up to the green. The green, which was moved back in the recent renovation away from the wetland hazard, measures 30 yards deep by 21 yards wide and features subtle undulations throughout. A single large greenside bunker guards the front right portion of the putting surface.

During the 2016 tournament, the twelfth hole played to a scoring average of 3.97 (64 Birdies, 229 Pars, 35 Bogeys, 9 Doubles, and 1 “Other”.) Following the 2017 renovation, we expect the hole to play slightly above par due to its increased length and the addition of several hazards.