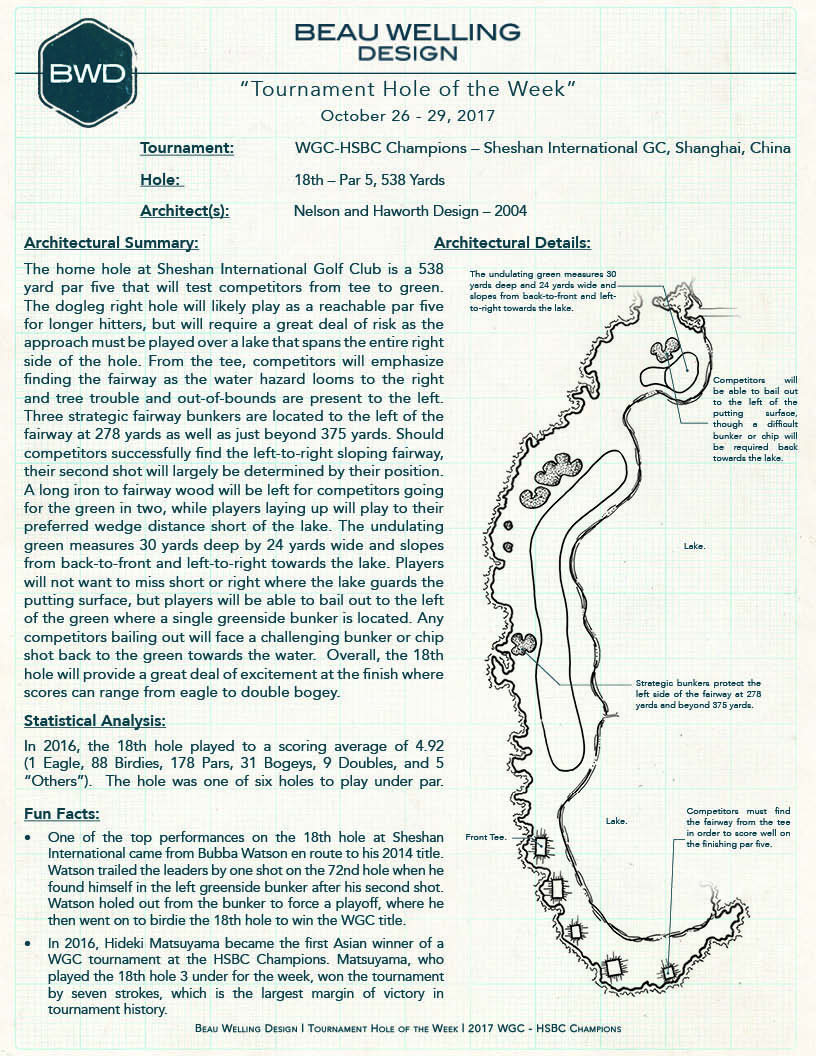 The home hole at Sheshan International Golf Club is a 538 yard par five that will test competitors from tee to green. The dogleg right hole will likely play as a reachable par five for longer hitters, but will require a great deal of risk as the approach must be played over a lake that spans the entire right side of the hole. From the tee, competitors will emphasize finding the fairway as the water hazard looms to the right and tree trouble and out-of-bounds are present to the left. Three strategic fairway bunkers are located to the left of the fairway at 278 yards as well as just beyond 375 yards. Should competitors successfully find the left-to-right sloping fairway, their second shot will largely be determined by their position. A long iron to fairway wood will be left for competitors going for the green in two, while players laying up will play to their preferred wedge distance short of the lake. The undulating green measures 30 yards deep by 24 yards wide and slopes from back-to-front and left-to-right towards the lake. Players will not want to miss short or right where the lake guards the putting surface, but players will be able to bail out to the left of the green where a single greenside bunker is located. Any competitors bailing out will face a challenging bunker or chip shot back to the green towards the water. Overall, the 18th hole will provide a great deal of excitement at the finish where scores can range from eagle to double bogey.