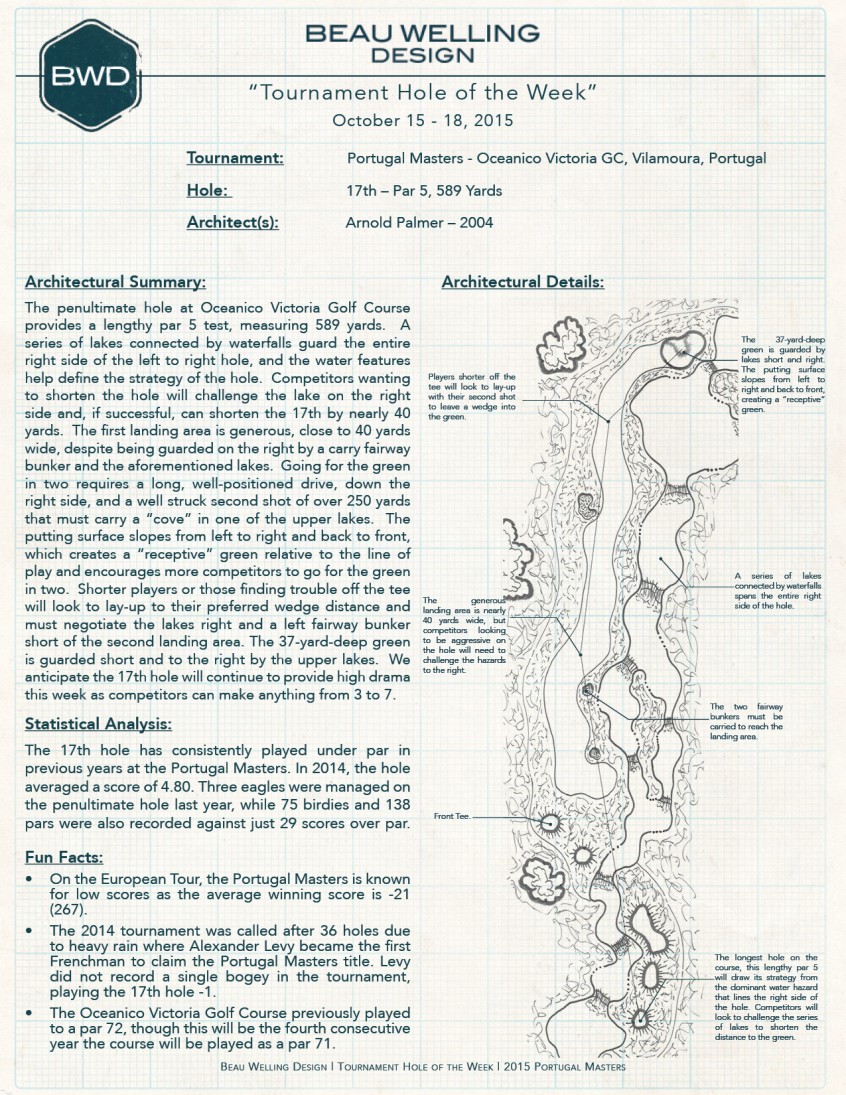 The penultimate hole at Oceanico Victoria Golf Course provides a lengthy par 5 test, measuring 589 yards. A series of lakes connected by waterfalls guard the entire right side of the left to right hole, and the water features help define the strategy of the hole. Competitors wanting to shorten the hole will challenge the lake on the right side and, if successful, can shorten the 17th by nearly 40 yards. The first landing area is generous, close to 40 yards wide, despite being guarded on the right by a carry fairway bunker and the aforementioned lakes. Going for the green in two requires a long, well-positioned drive, down the right side, and a well struck second shot of over 250 yards that must carry a “cove” in one of the upper lakes. The putting surface slopes from left to right and back to front, which creates a “receptive” green relative to the line of play and encourages more competitors to go for the green in two. Shorter players or those finding trouble off the tee will look to lay-up to their preferred wedge distance and must negotiate the lakes right and a left fairway bunker short of the second landing area. The 37-yard-deep green is guarded short and to the right by the upper lakes. We anticipate the 17th hole will continue to provide high drama this week as competitors can make anything from 3 to 7.

The 17th hole has consistently played under par in previous years at the Portugal Masters. In 2014, the hole averaged a score of 4.80. Three eagles were managed on the penultimate hole last year, while 75 birdies and 138 pars were also recorded against just 29 scores over par.