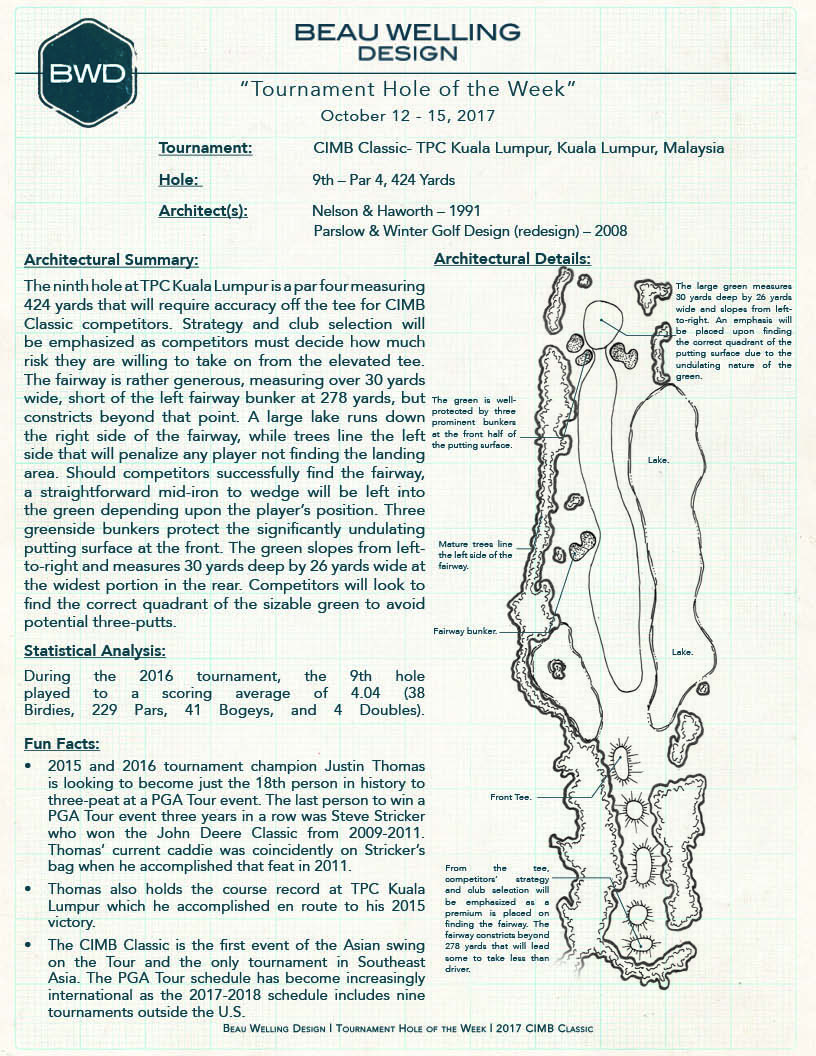 The ninth hole at TPC Kuala Lumpur is a par four measuring 424 yards that will require accuracy off the tee for CIMB Classic competitors. Strategy and club selection will be emphasized as competitors must decide how much risk they are willing to take on from the elevated tee. The fairway is rather generous, measuring over 30 yards wide, short of the left fairway bunker at 278 yards, but constricts beyond that point. A large lake runs down the right side of the fairway, while trees line the left side that will penalize any player not finding the landing area. Should competitors successfully find the fairway, a straightforward mid-iron to wedge will be left into the green depending upon the player’s position. Three greenside bunkers protect the significantly undulating putting surface at the front. The green slopes from left-to-right and measures 30 yards deep by 26 yards wide at the widest portion in the rear. Competitors will look to find the correct quadrant of the sizable green to avoid potential three-putts.