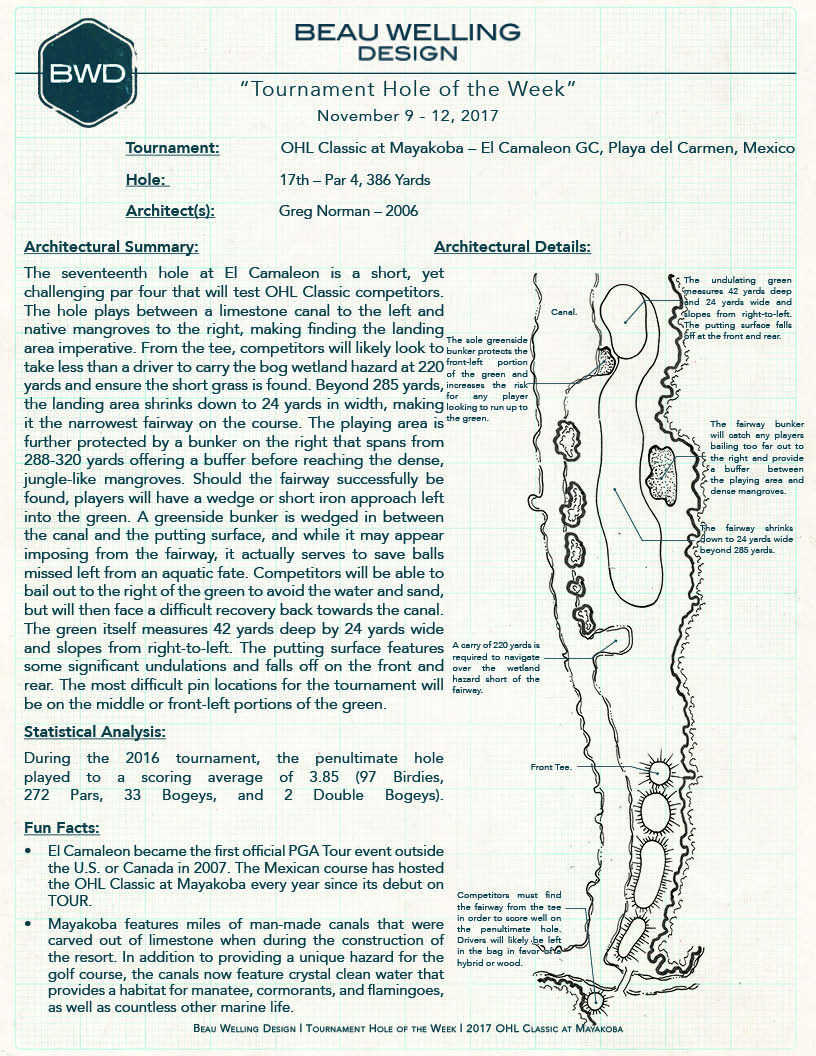 The seventeenth hole at El Camaleon is a short, yet challenging par four that will test OHL Classic competitors. The hole plays between a limestone canal to the left and native mangroves to the right, making finding the landing area imperative. From the tee, competitors will likely look to take less than a driver to carry the bog wetland hazard at 220 yards and ensure the short grass is found. Beyond 285 yards, the landing area shrinks down to 24 yards in width, making it the narrowest fairway on the course. The playing area is further protected by a bunker on the right that spans from 288-320 yards offering a buffer before reaching the dense, jungle-like mangroves. Should the fairway successfully be found, players will have a wedge or short iron approach left into the green. A greenside bunker is wedged in between the canal and the putting surface, and while it may appear imposing from the fairway, it actually serves to save balls missed left from an aquatic fate. Competitors will be able to bail out to the right of the green to avoid the water and sand, but will then face a difficult recovery back towards the canal. The green itself measures 42 yards deep by 24 yards wide and slopes from right-to-left. The putting surface features some significant undulations and falls off on the front and rear. The most difficult pin locations for the tournament will be on the middle or front-left portions of the green.