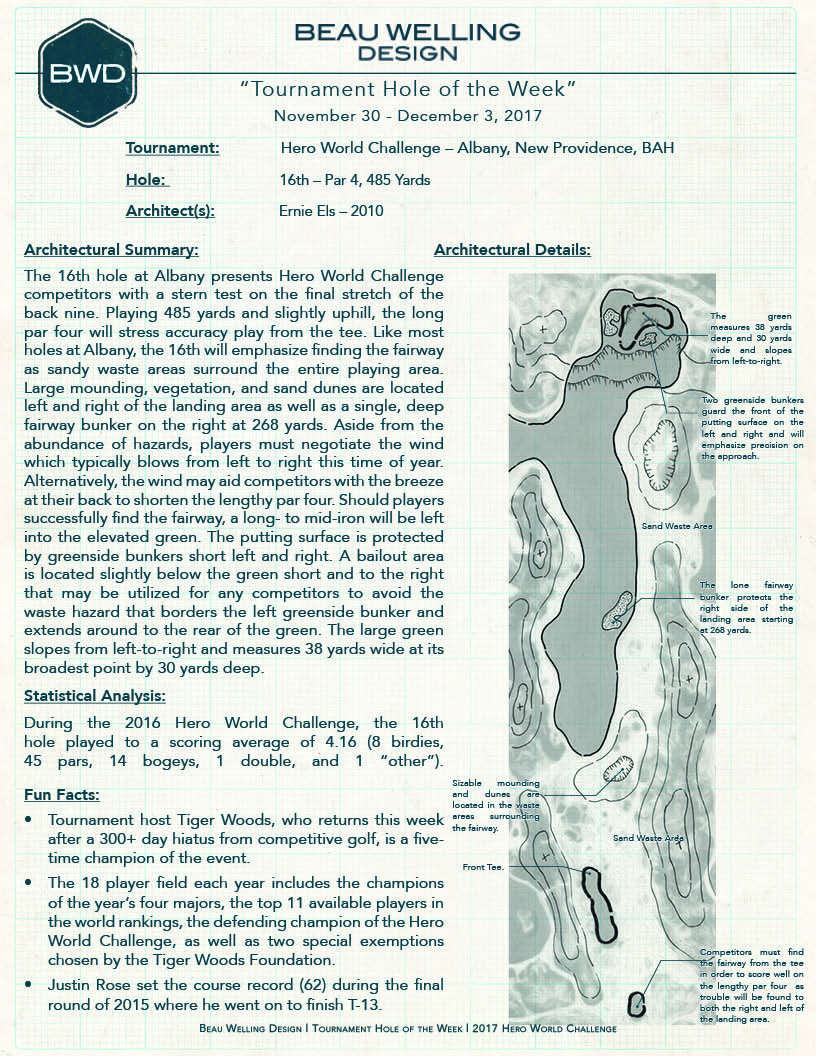 The 16th hole at Albany presents Hero World Challenge competitors with a stern test on the final stretch of the back nine. Playing 485 yards and slightly uphill, the long par four will stress accuracy play from the tee. Like most holes at Albany, the 16th will emphasize finding the fairway as sandy waste areas surround the entire playing area. Large mounding, vegetation, and sand dunes are located left and right of the landing area as well as a single, deep fairway bunker on the right at 268 yards. Aside from the abundance of hazards, players must negotiate the wind which typically blows from left to right this time of year. Alternatively, the wind may aid competitors with the breeze at their back to shorten the lengthy par four. Should players successfully find the fairway, a long- to mid-iron will be left into the elevated green. The putting surface is protected by greenside bunkers short left and right. A bailout area is located slightly below the green short and to the right that may be utilized for any competitors to avoid the waste hazard that borders the left greenside bunker and extends around to the rear of the green. The large green slopes from left-to-right and measures 38 yards wide at its broadest point by 30 yards deep.