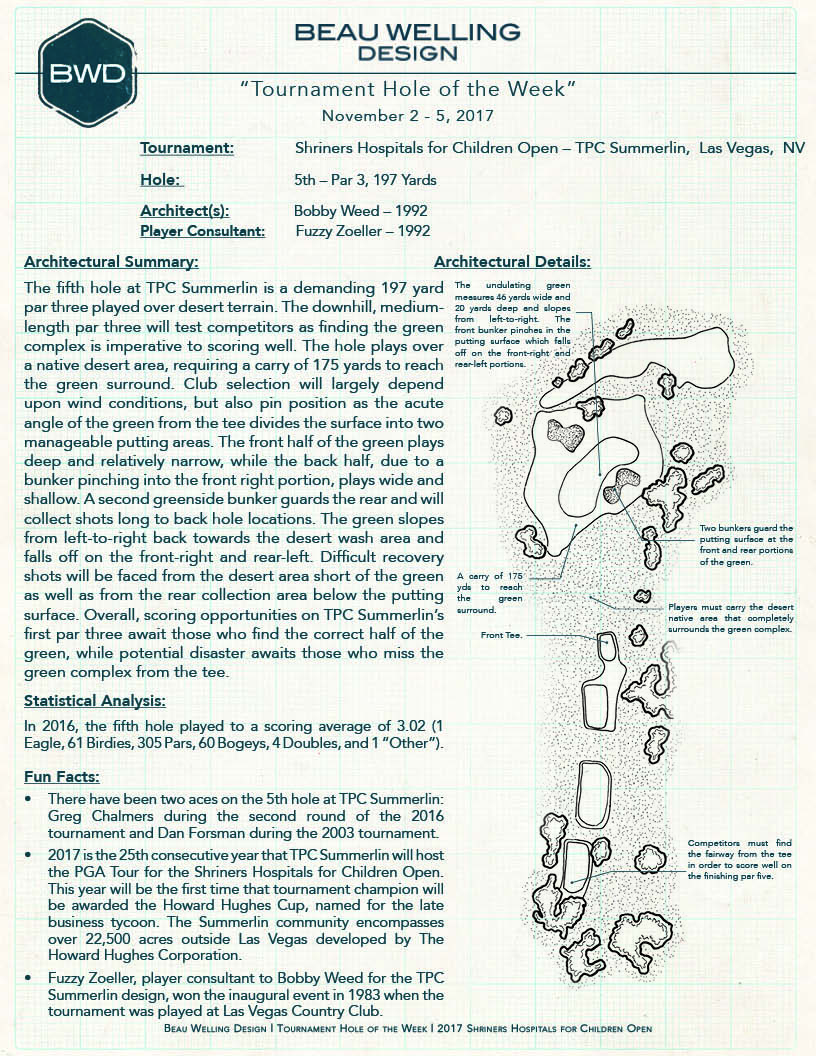 The fifth hole at TPC Summerlin is a demanding 197 yard par three played over desert terrain. The downhill, medium-length par three will test competitors as finding the green complex is imperative to scoring well. The hole plays over a native desert area, requiring a carry of 175 yards to reach the green surround. Club selection will largely depend upon wind conditions, but also pin position as the acute angle of the green from the tee divides the surface into two manageable putting areas. The front half of the green plays deep and relatively narrow, while the back half, due to a bunker pinching into the front right portion, plays wide and shallow. A second greenside bunker guards the rear and will collect shots long to back hole locations. The green slopes from left-to-right back towards the desert wash area and falls off on the front-right and rear-left. Difficult recovery shots will be faced from the desert area short of the green as well as from the rear collection area below the putting surface. Overall, scoring opportunities on TPC Summerlin’s first par three await those who find the correct half of the green, while potential disaster awaits those who miss the green complex from the tee.