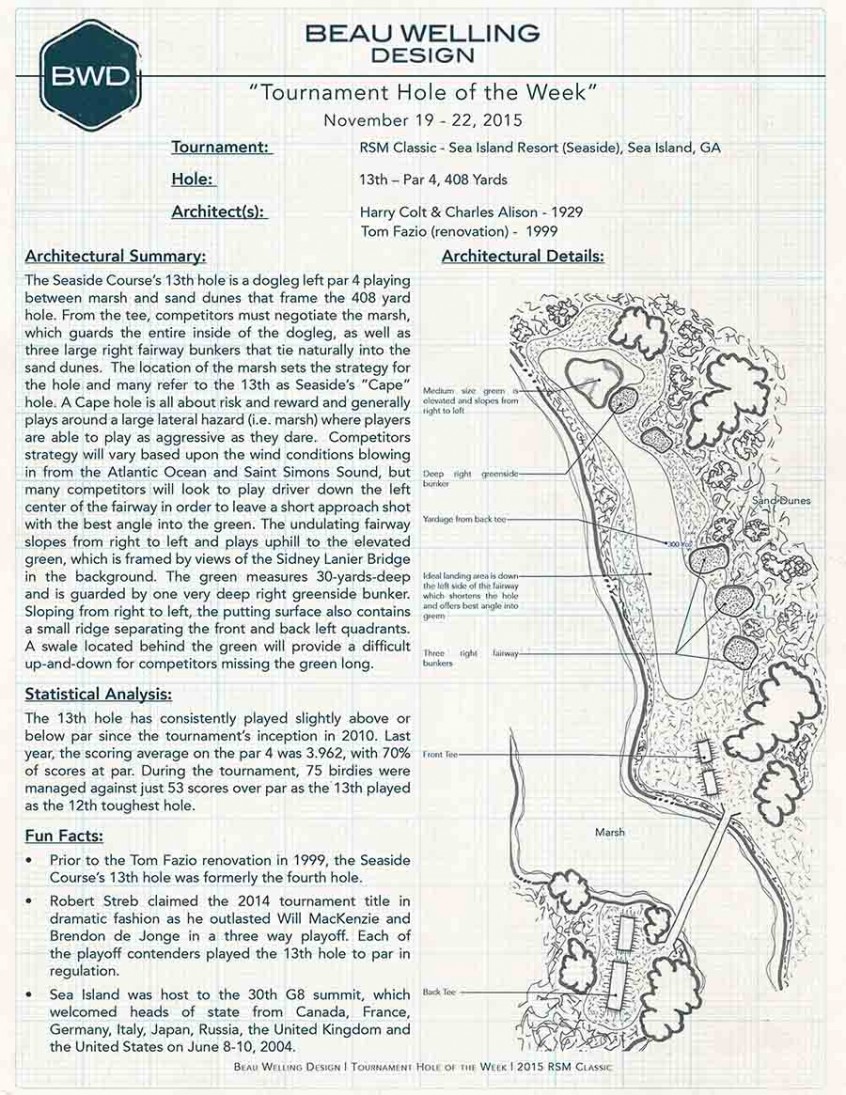 The Seaside Course’s 13th hole is a dogleg left par 4 playing between marsh and sand dunes that frame the 408 yard hole. From the tee, competitors must negotiate the marsh, which guards the entire inside of the dogleg, as well as three large right fairway bunkers that tie naturally into the sand dunes. The location of the marsh sets the strategy for the hole and many refer to the 13th as Seaside’s “Cape” hole. A Cape hole is all about risk and reward and generally plays around a large lateral hazard (i.e. marsh) where players are able to play as aggressive as they dare. Competitors strategy will vary based upon the wind conditions blowing in from the Atlantic Ocean and Saint Simons Sound, but many competitors will look to play driver down the left center of the fairway in order to leave a short approach shot with the best angle into the green. The undulating fairway slopes from right to left and plays uphill to the elevated green, which is framed by views of the Sidney Lanier Bridge in the background. The green measures 30-yards-deep and is guarded by one very deep right greenside bunker. Sloping from right to left, the putting surface also contains a small ridge separating the front and back left quadrants. A swale located behind the green will provide a difficult up-and-down for competitors missing the green long.

The 13th hole has consistently played slightly above or below par since the tournament’s inception in 2010. Last year, the scoring average on the par 4 was 3.962, with 70% of scores at par. During the tournament, 75 birdies were managed against just 53 scores over par as the 13th played as the 12th toughest hole.