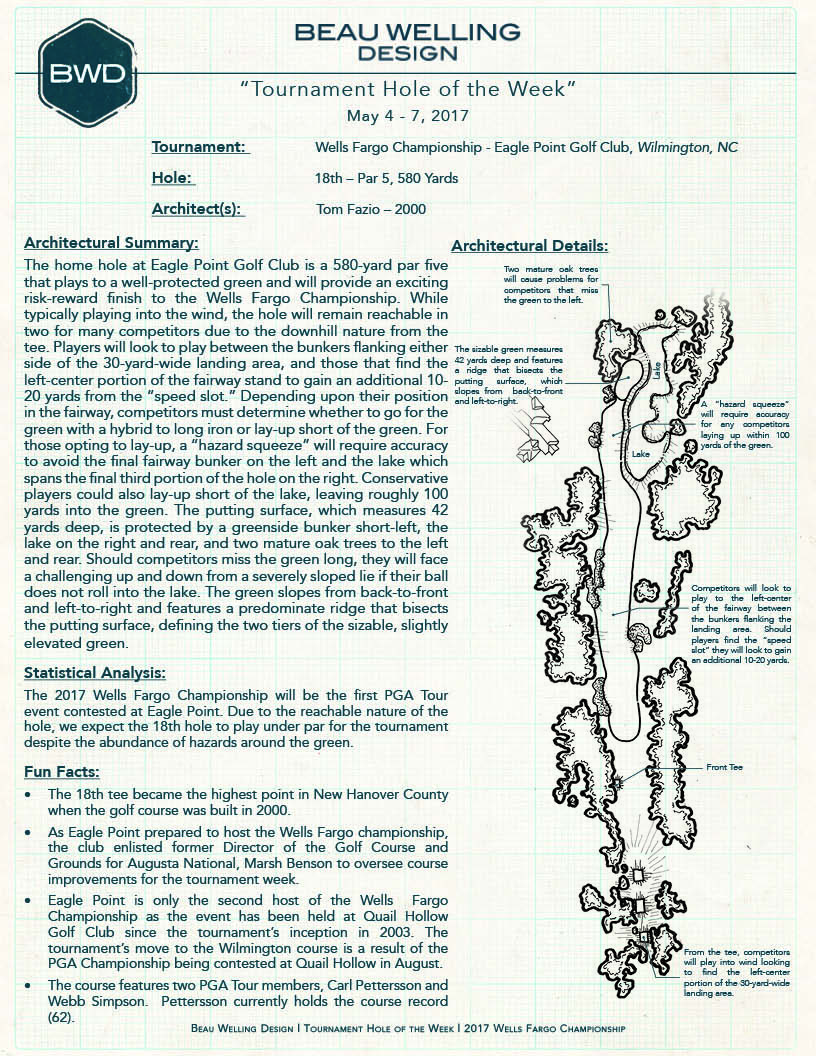 The home hole at Eagle Point Golf Club is a 580-yard par five that plays to a well-protected green and will provide an exciting risk-reward finish to the Wells Fargo Championship. While typically playing into the wind, the hole will remain reachable in two for many competitors due to the downhill nature from the tee. Players will look to play between the bunkers flanking either side of the 30-yard-wide landing area, and those that find the left-center portion of the fairway stand to gain an additional 10-20 yards from the “speed slot.” Depending upon their position in the fairway, competitors must determine whether to go for the green with a hybrid to long iron or lay-up short of the green. For those opting to lay-up, a “hazard squeeze” will require accuracy to avoid the final fairway bunker on the left and the lake which spans the final third portion of the hole on the right. Conservative players could also lay-up short of the lake, leaving roughly 100 yards into the green. The putting surface, which measures 42 yards deep, is protected by a greenside bunker short-left, the lake on the right and rear, and two mature oak trees to the left and rear. Should competitors miss the green long, they will face a challenging up and down from a severely sloped lie if their ball does not roll into the lake. The green slopes from back-to-front and left-to-right and features a predominate ridge that bisects the putting surface, defining the two tiers of the sizable, slightly elevated green.

The 2017 Wells Fargo Championship will be the first PGA Tour event contested at Eagle Point. Due to the reachable nature of the hole, we expect the 18th hole to play under par for the tournament despite the abundance of hazards around the green.