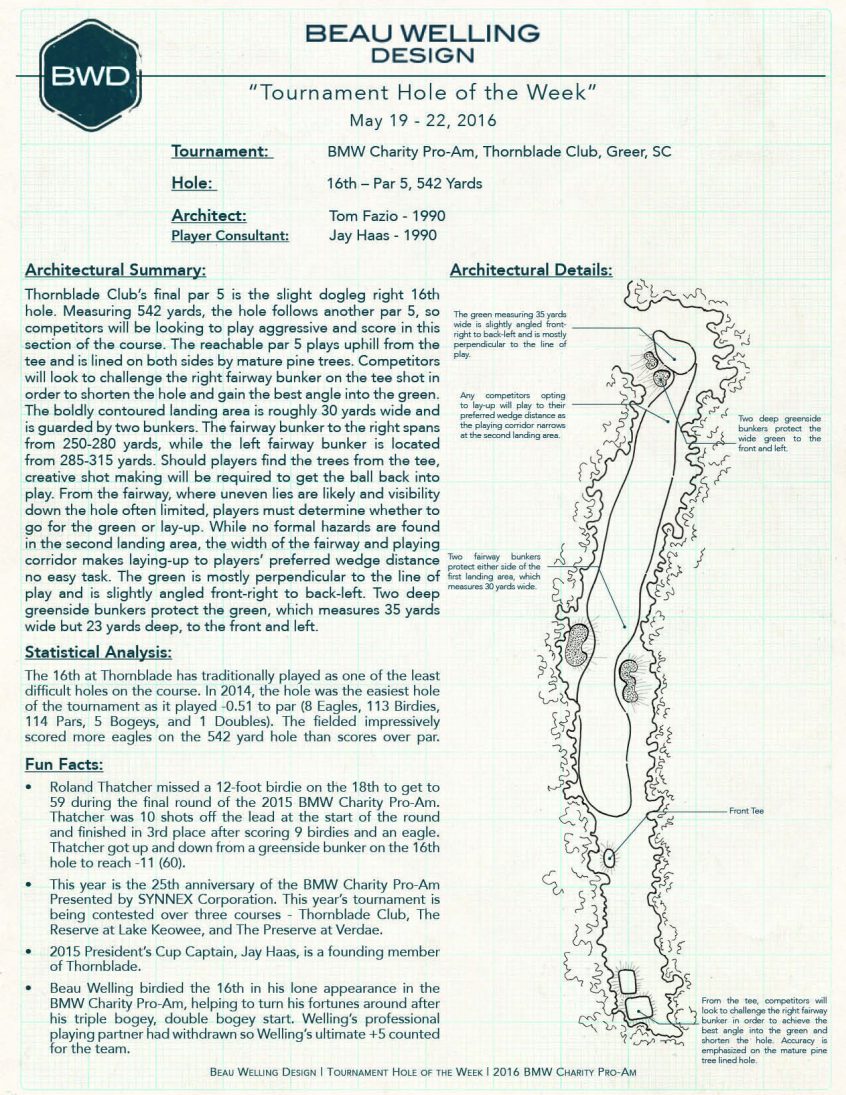 Thornblade Club’s final par 5 is the slight dogleg right 16th hole. Measuring 542 yards, the hole follows another par 5, so competitors will be looking to play aggressive and score in this section of the course. The reachable par 5 plays uphill from the tee and is lined on both sides by mature pine trees. Competitors will look to challenge the right fairway bunker on the tee shot in order to shorten the hole and gain the best angle into the green. The boldly contoured landing area is roughly 30 yards wide and is guarded by two bunkers. The fairway bunker to the right spans from 250-280 yards, while the left fairway bunker is located from 285-315 yards. Should players find the trees from the tee, creative shot making will be required to get the ball back into play. From the fairway, where uneven lies are likely and visibility down the hole often limited, players must determine whether to go for the green or lay-up. While no formal hazards are found in the second landing area, the width of the fairway and playing corridor makes laying-up to players’ preferred wedge distance no easy task. The green is mostly perpendicular to the line of play and is slightly angled front-right to back-left. Two deep greenside bunkers protect the green, which measures 35 yards wide but 23 yards deep, to the front and left.

The 16th at Thornblade has traditionally played as one of the least difficult holes on the course. In 2014, the hole was the easiest hole of the tournament as it played -0.51 to par (8 Eagles, 113 Birdies, 114 Pars, 5 Bogeys, and 1 Doubles). The fielded impressively scored more eagles on the 542-yard hole than scores over par.