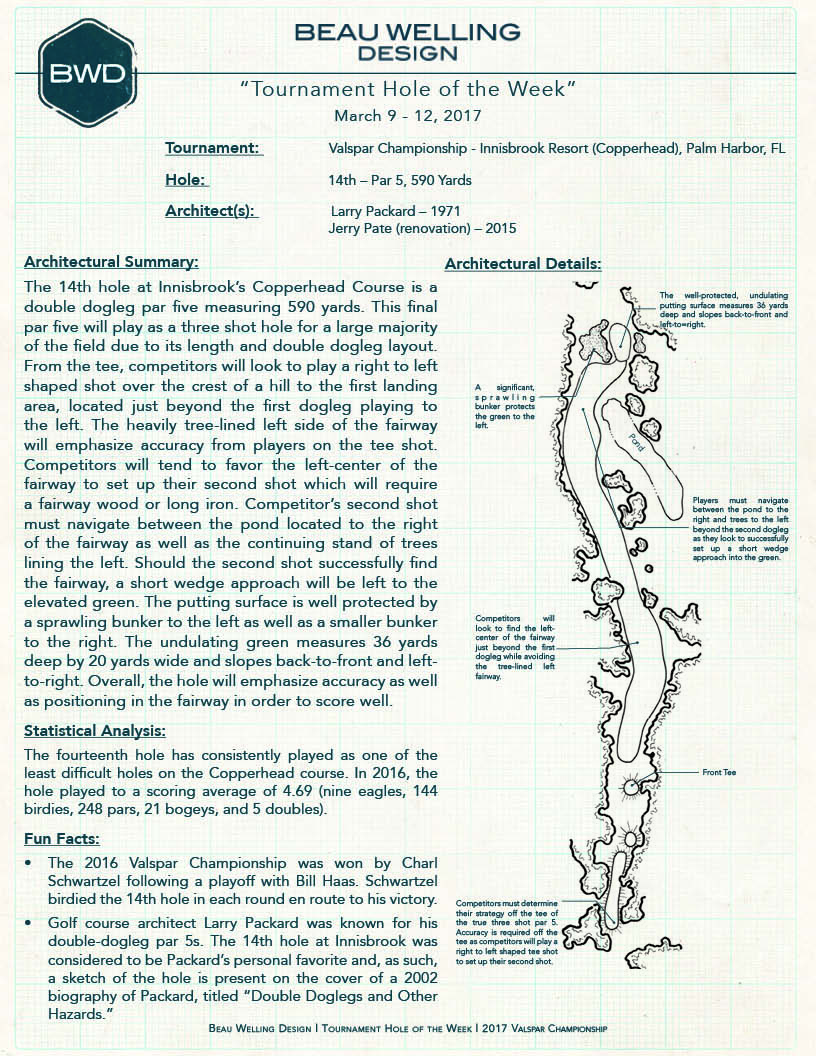 The 14th hole at Innisbrook’s Copperhead Course is a double dogleg par five measuring 590 yards. This final par five will play as a three shot hole for a large majority of the field due to its length and double dogleg layout. From the tee, competitors will look to play a right to left shaped shot over the crest of a hill to the first landing area, located just beyond the first dogleg playing to the left. The heavily tree-lined left side of the fairway will emphasize accuracy from players on the tee shot. Competitors will tend to favor the left-center of the fairway to set up their second shot which will require a fairway wood or long iron. Competitor’s second shot must navigate between the pond located to the right of the fairway as well as the continuing stand of trees lining the left. Should the second shot successfully find the fairway, a short wedge approach will be left to the elevated green. The putting surface is well protected by a sprawling bunker to the left as well as a smaller bunker to the right. The undulating green measures 36 yards deep by 20 yards wide and slopes back-to-front and left-to-right. Overall, the hole will emphasize accuracy as well as positioning in the fairway in order to score well.

The fourteenth hole has consistently played as one of the least difficult holes on the Copperhead course. In 2016, the hole played to a scoring average of 4.69 (nine eagles, 144 birdies, 248 pars, 21 bogeys, and 5 doubles).