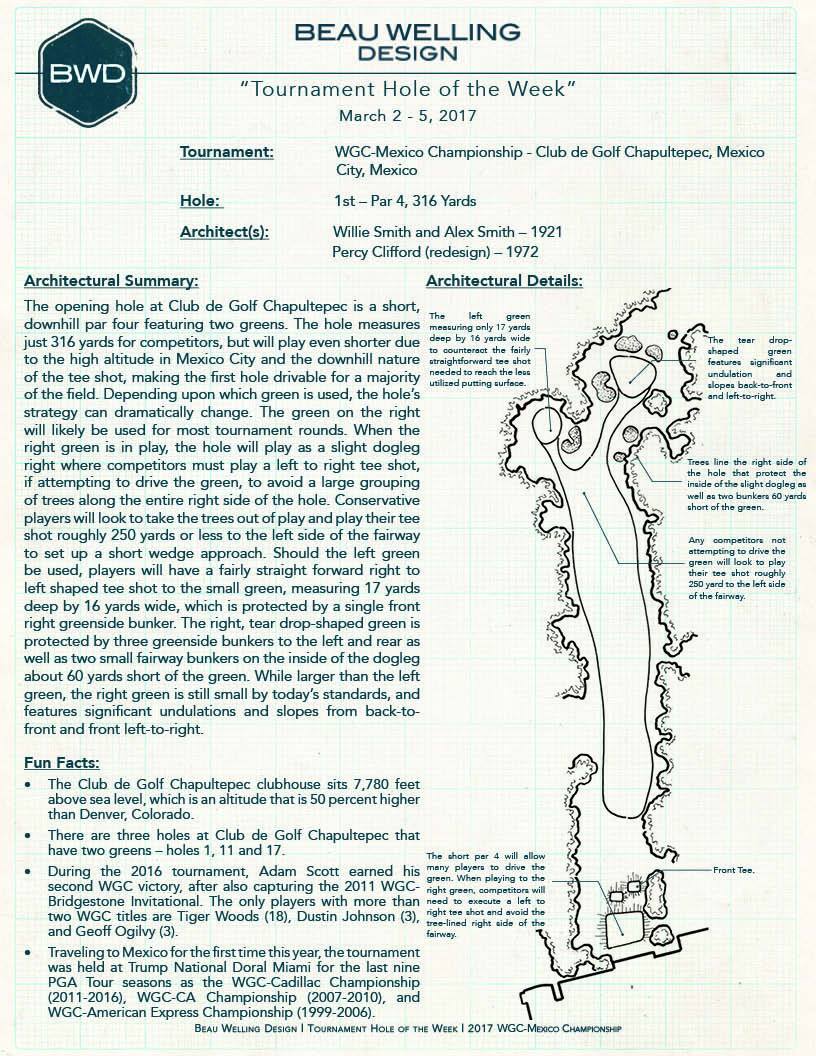 The opening hole at Club de Golf Chapultepec is a short, downhill par four featuring two greens. The hole measures just 316 yards for competitors, but will play even shorter due to the high altitude in Mexico City and the downhill nature of the tee shot, making the first hole drivable for a majority of the field. Depending upon which green is used, the hole’s strategy can dramatically change. The green on the right will likely be used for most tournament rounds. When the right green is in play, the hole will play as a slight dogleg right where competitors must play a left to right tee shot, if attempting to drive the green, to avoid a large grouping of trees along the entire right side of the hole. Conservative players will look to take the trees out of play and play their tee shot roughly 250 yards or less to the left side of the fairway to set up a short wedge approach. Should the left green be used, players will have a fairly straight forward right to left shaped tee shot to the small green, measuring 17 yards deep by 16 yards wide, which is protected by a single front right greenside bunker. The right, tear drop-shaped green is protected by three greenside bunkers to the left and rear as well as two small fairway bunkers on the inside of the dogleg about 60 yards short of the green. While larger than the left green, the right green is still small by today’s standards, and features significant undulations and slopes from back-to-front and front left-to-right.