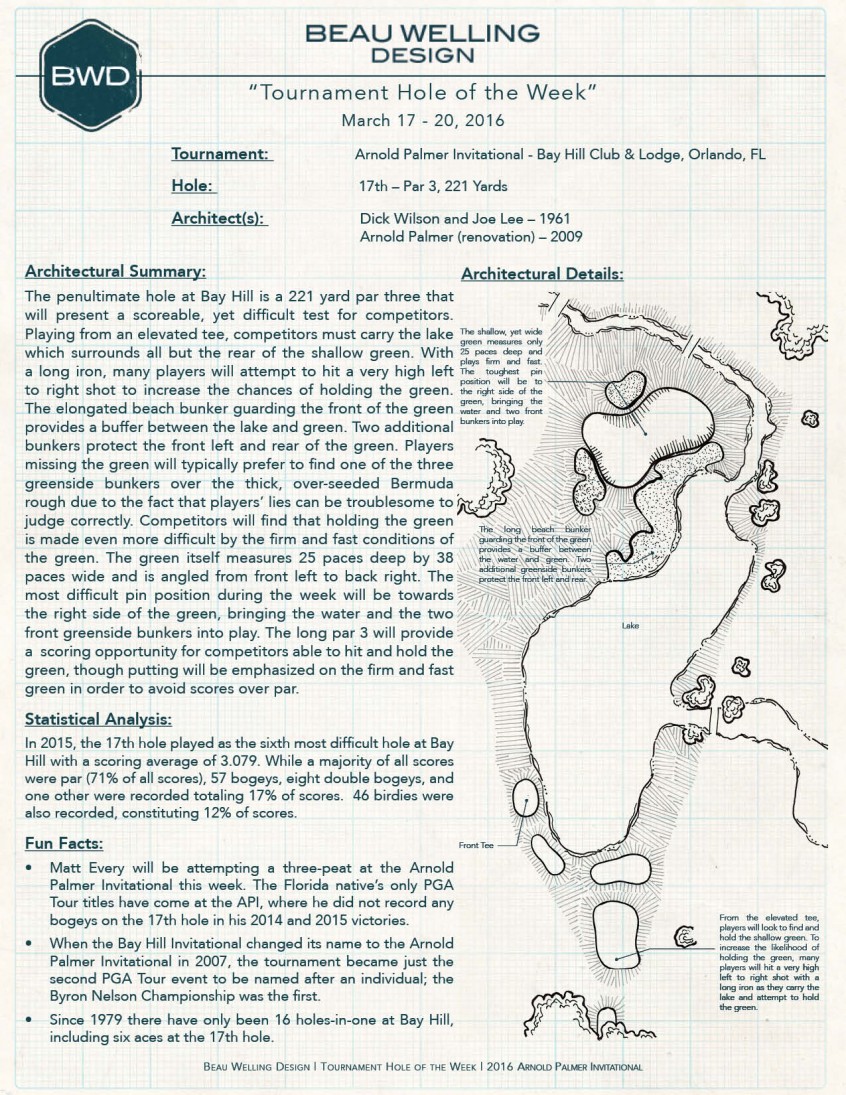 The penultimate hole at Bay Hill is a 221 yard par three that will present a scoreable, yet difficult test for competitors. Playing from an elevated tee, competitors must carry the lake which surrounds all but the rear of the shallow green. With a long iron, many players will attempt to hit a very high left to right shot to increase the chances of holding the green. The elongated beach bunker guarding the front of the green provides a buffer between the lake and green. Two additional bunkers protect the front left and rear of the green. Players missing the green will typically prefer to find one of the three greenside bunkers over the thick, over-seeded Bermuda rough due to the fact that players’ lies can be troublesome to judge correctly. Competitors will find that holding the green is made even more difficult by the firm and fast conditions of the green. The green itself measures 25 paces deep by 38 paces wide and is angled from front left to back right. The most difficult pin position during the week will be towards the right side of the green, bringing the water and the two front greenside bunkers into play. The long par 3 will provide a scoring opportunity for competitors able to hit and hold the green, though putting will be emphasized on the firm and fast green in order to avoid scores over par.

In 2015, the 17th hole played as the sixth most difficult hole at Bay Hill with a scoring average of 3.079. While a majority of all scores were par (71% of all scores), 57 bogeys, eight double bogeys, and one other were recorded totaling 17% of scores. 46 birdies were also recorded, constituting 12% of scores.