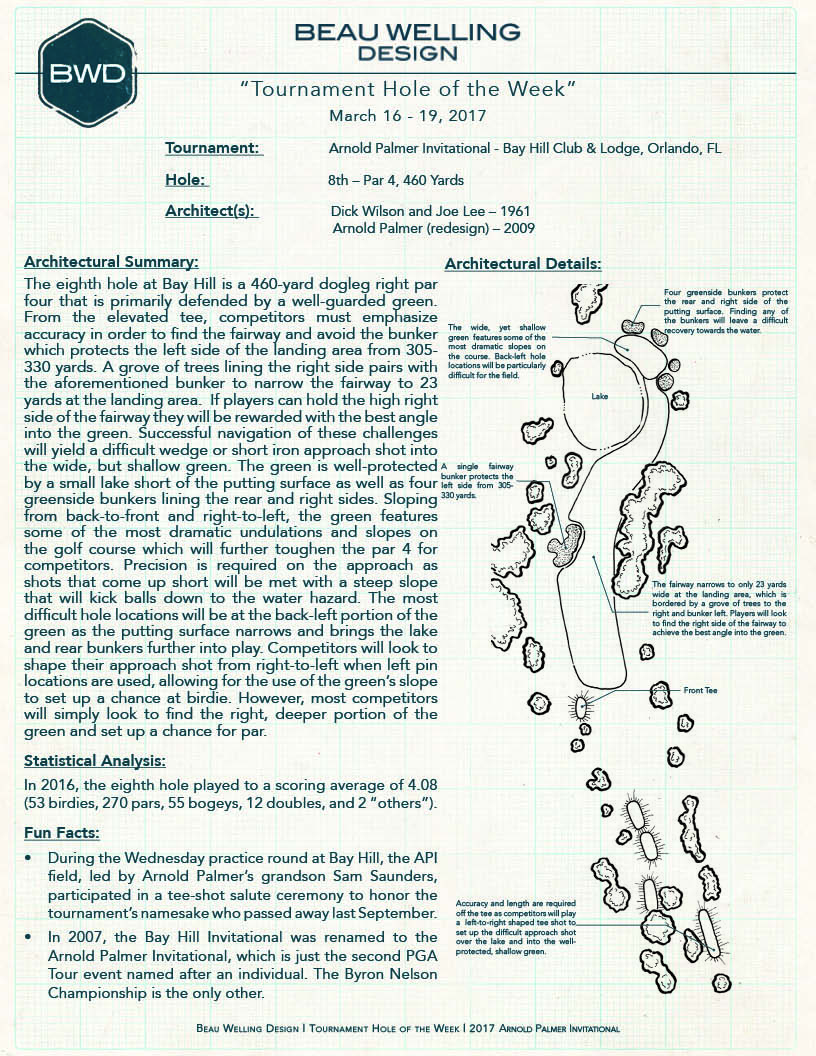 Architectural Summary:
The eighth hole at Bay Hill is a 460-yard dogleg right par four that is primarily defended by a well-guarded green. From the elevated tee, competitors must emphasize accuracy in order to find the fairway and avoid the bunker which protects the left side of the landing area from 305-330 yards. A grove of trees lining the right side pairs with the aforementioned bunker to narrow the fairway to 23 yards at the landing area. If players can hold the high right side of the fairway they will be rewarded with the best angle into the green. Successful navigation of these challenges will yield a difficult wedge or short iron approach shot into the wide, but shallow green. The green is well-protected by a small lake short of the putting surface as well as four greenside bunkers lining the rear and right sides. Sloping from back-to-front and right-to-left, the green features some of the most dramatic undulations and slopes on the golf course which will further toughen the par 4 for competitors. Precision is required on the approach as shots that come up short will be met with a steep slope that will kick balls down to the water hazard. The most difficult hole locations will be at the back-left portion of the green as the putting surface narrows and brings the lake and rear bunkers further into play. Competitors will look to shape their approach shot from right-to-left when left pin locations are used, allowing for the use of the green’s slope to set up a chance at birdie. However, most competitors will simply look to find the right, deeper portion of the green and set up a chance for par.