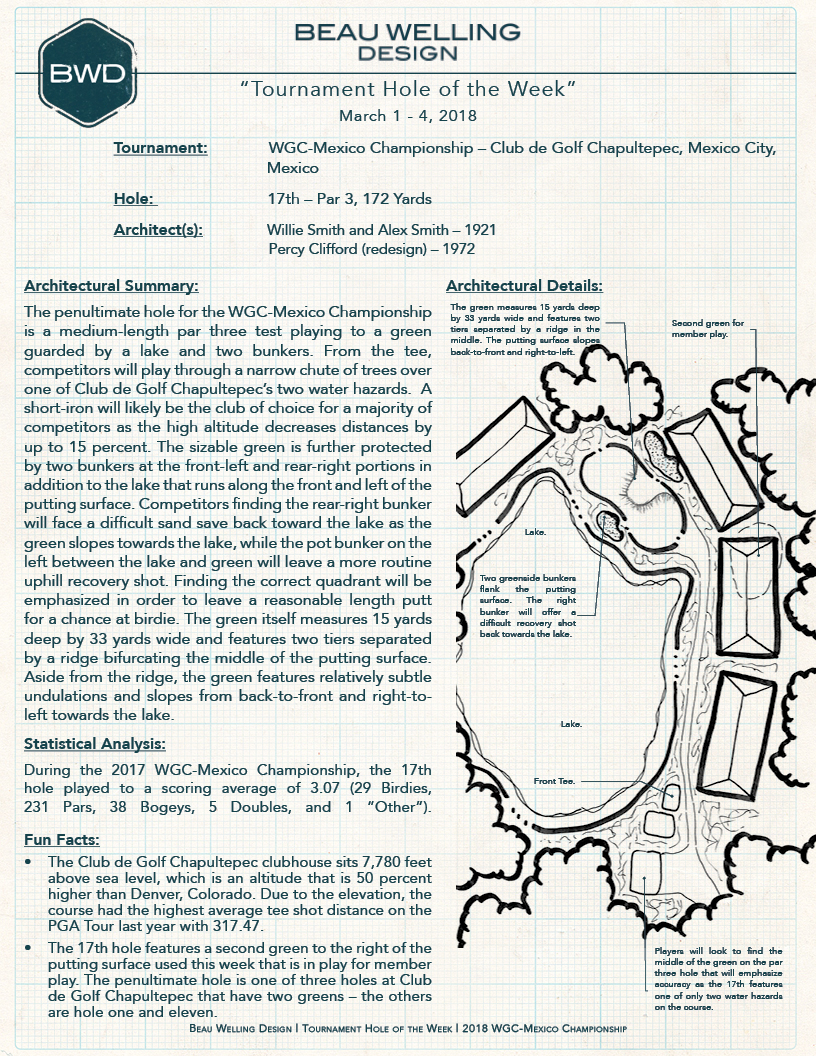 The penultimate hole for the WGC-Mexico Championship is a medium-length par three test playing to a green guarded by a lake and two bunkers. From the tee, competitors will play through a narrow chute of trees over one of Club de Golf Chapultepec’s two water hazards. A short-iron will likely be the club of choice for a majority of competitors as the high altitude decreases distances by up to 15 percent. The sizable green is further protected by two bunkers at the front-left and rear-right portions in addition to the lake that runs along the front and left of the putting surface. Competitors finding the rear-right bunker will face a difficult sand save back toward the lake as the green slopes towards the lake, while the pot bunker on the left between the lake and green will leave a more routine uphill recovery shot. Finding the correct quadrant will be emphasized in order to leave a reasonable length putt for a chance at birdie. The green itself measures 15 yards deep by 33 yards wide and features two tiers separated by a ridge bifurcating the middle of the putting surface. Aside from the ridge, the green features relatively subtle undulations and slopes from back-to-front and right-to-left towards the lake.