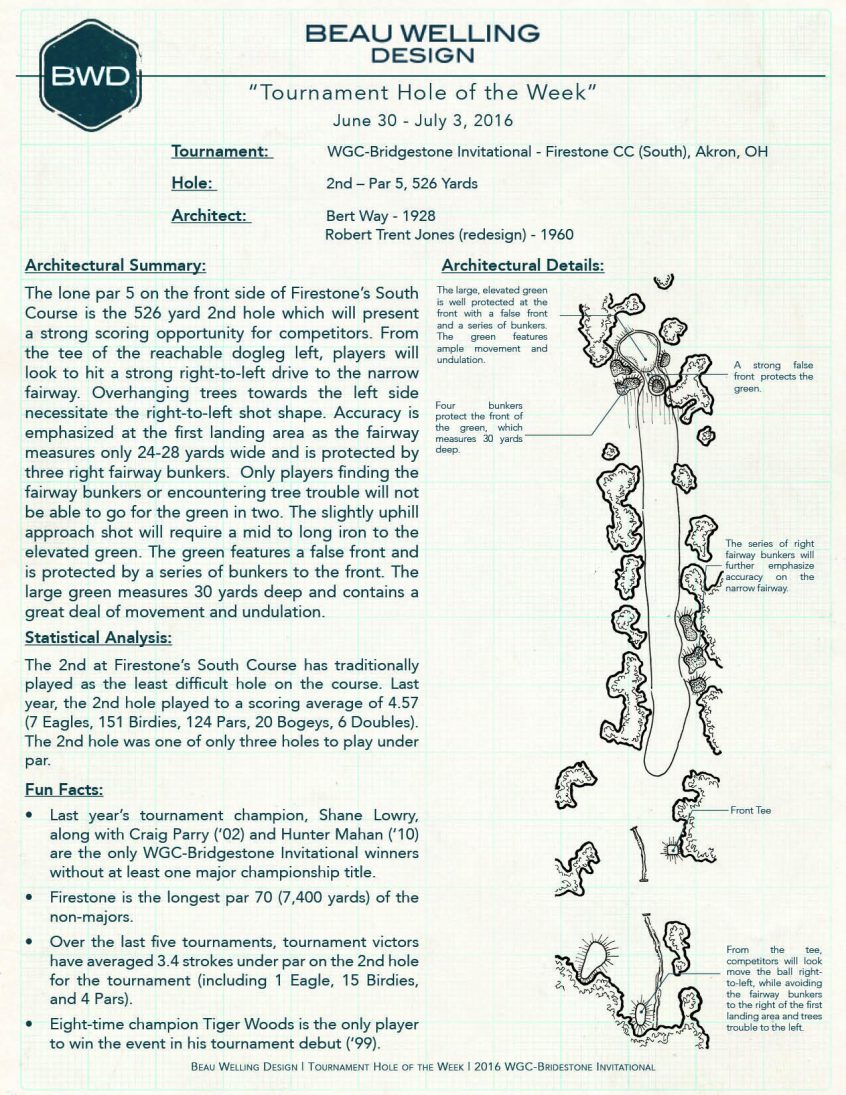 The lone par 5 on the front side of Firestone’s South Course is the 526 yard 2nd hole which will present a strong scoring opportunity for competitors. From the tee of the reachable dogleg left, players will look to hit a strong right-to-left drive to the narrow fairway. Overhanging trees towards the left side necessitate the right-to-left shot shape. Accuracy is emphasized at the first landing area as the fairway measures only 24-28 yards wide and is protected by three right fairway bunkers. Only players finding the fairway bunkers or encountering tree trouble will not be able to go for the green in two. The slightly uphill approach shot will require a mid to long iron to the elevated green. The green features a false front and is protected by a series of bunkers to the front. The large green measures 30 yards deep and contains a great deal of movement and undulation.

The 2nd at Firestone’s South Course has traditionally played as the least difficult hole on the course. Last year, the 2nd hole played to a scoring average of 4.57 (7 Eagles, 151 Birdies, 124 Pars, 20 Bogeys, 6 Doubles). The 2nd hole was one of only three holes to play under par.