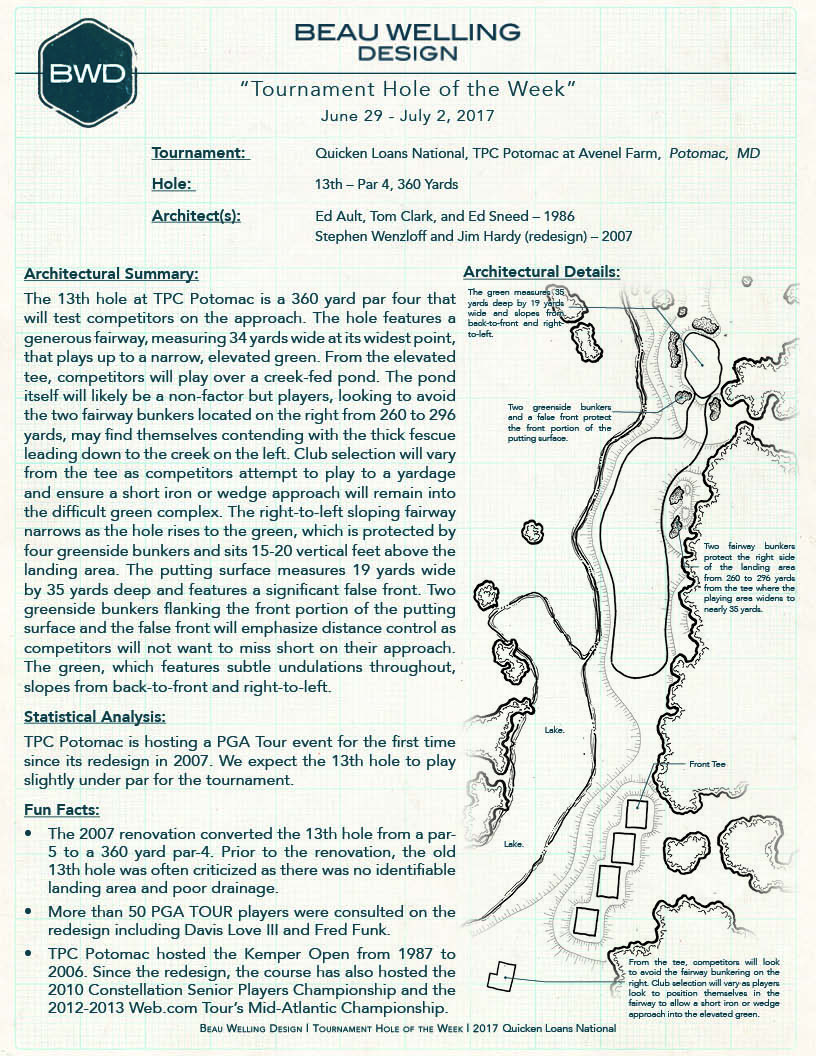 Architectural Summary:
The 13th hole at TPC Potomac is a 360 yard par four that will test competitors on the approach. The hole features a generous fairway, measuring 34 yards wide at its widest point, that plays up to a narrow, elevated green. From the elevated tee, competitors will play over a creek-fed pond. The pond itself will likely be a non-factor but players, looking to avoid the two fairway bunkers located on the right from 260 to 296 yards, may find themselves contending with the thick fescue leading down to the creek on the left. Club selection will vary from the tee as competitors attempt to play to a yardage and ensure a short iron or wedge approach will remain into the difficult green complex. The right-to-left sloping fairway narrows as the hole rises to the green, which is protected by four greenside bunkers and sits 15-20 vertical feet above the landing area. The putting surface measures 19 yards wide by 35 yards deep and features a significant false front. Two greenside bunkers flanking the front portion of the putting surface and the false front will emphasize distance control as competitors will not want to miss short on their approach. The green, which features subtle undulations throughout, slopes from back-to-front and right-to-left.

TPC Potomac is hosting a PGA Tour event for the first time since its redesign in 2007. We expect the 13th hole to play slightly under par for the tournament.