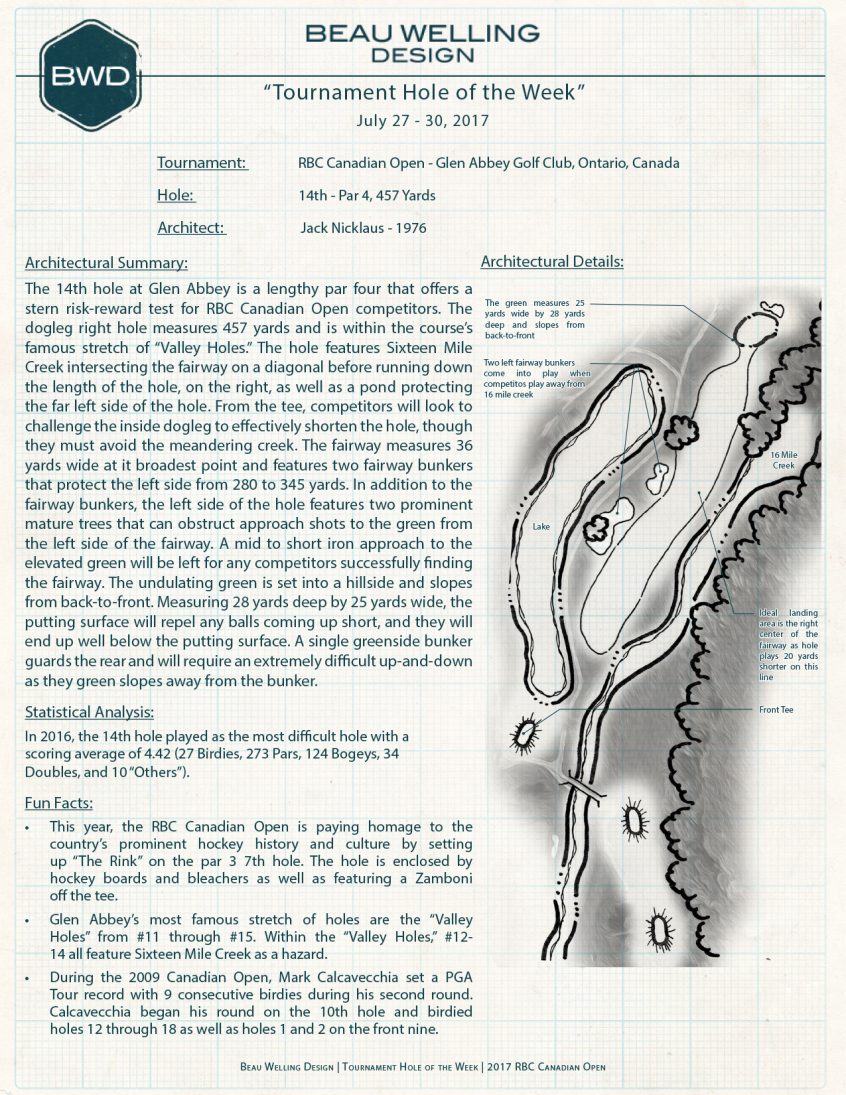 The 14th hole at Glen Abbey is a lengthy par four that offers a stern risk-reward test for RBC Canadian Open competitors. The
dogleg right hole measures 457 yards and is within the course’s famous stretch of “Valley Holes.” The hole features Sixteen Mile
Creek intersecting the fairway on a diagonal before running down the length of the hole, on the right, as well as a pond protecting
the far left side of the hole. From the tee, competitors will look to challenge the inside dogleg to effectively shorten the hole, though they must avoid the meandering creek. The fairway measures 36 yards wide at it broadest point and features two fairway bunkers
that protect the left side from 280 to 345 yards. In addition to the fairway bunkers, the left side of the hole features two prominent
mature trees that can obstruct approach shots to the green from the left side of the fairway. A mid to short iron approach to the
elevated green will be left for any competitors successfully finding the fairway. The undulating green is set into a hillside and slopes
from back-to-front. Measuring 28 yards deep by 25 yards wide, the putting surface will repel any balls coming up short, and they will
end up well below the putting surface. A single greenside bunker guards the rear and will require an extremely difficult up-and-down
as they green slopes away from the bunker.