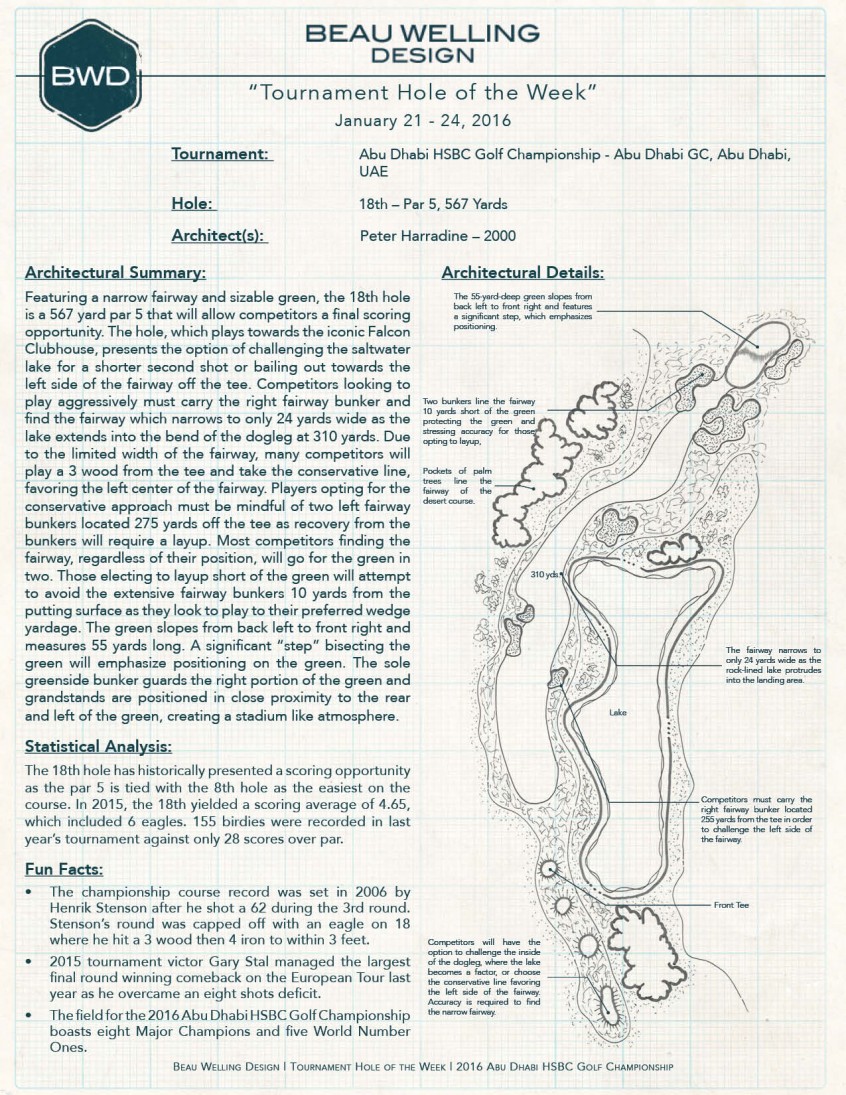 Featuring a narrow fairway and sizable green, the 18th hole is a 567 yard par 5 that will allow competitors a final scoring opportunity. The hole, which plays towards the iconic Falcon Clubhouse, presents the option of challenging the saltwater lake for a shorter second shot or bailing out towards the left side of the fairway off the tee. Competitors looking to play aggressively must carry the right fairway bunker and find the fairway which narrows to only 24 yards wide as the lake extends into the bend of the dogleg at 310 yards. Due to the limited width of the fairway, many competitors will play a 3 wood from the tee and take the conservative line, favoring the left center of the fairway. Players opting for the conservative approach must be mindful of two left fairway bunkers located 275 yards off the tee as recovery from the bunkers will require a layup. Most competitors finding the fairway, regardless of their position, will go for the green in two. Those electing to layup short of the green will attempt to avoid the extensive fairway bunkers 10 yards from the putting surface as they look to play to their preferred wedge yardage. The green slopes from back left to front right and measures 55 yards long. A significant “step” bisecting the green will emphasize positioning on the green. The sole greenside bunker guards the right portion of the green and grandstands are positioned in close proximity to the rear and left of the green, creating a stadium like atmosphere.

The 18th hole has historically presented a scoring opportunity as the par 5 is tied with the 8th hole as the easiest on the course. In 2015, the 18th yielded a scoring average of 4.65, which included 6 eagles. 155 birdies were recorded in last year’s tournament against only 28 scores over par.