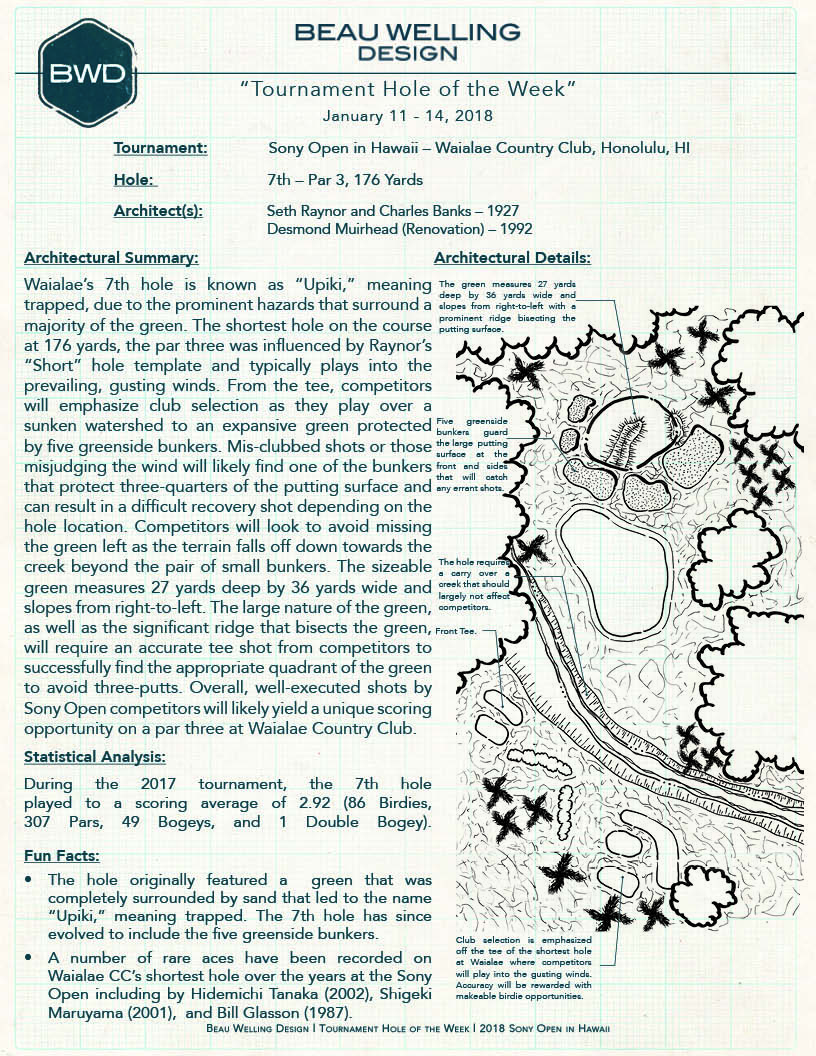 Waialae’s 7th hole is known as “Upiki,” meaning trapped, due to the prominent hazards that surround a majority of the green. The shortest hole on the course at 176 yards, the par three was influenced by Raynor’s “Short” hole template and typically plays into the prevailing, gusting winds. From the tee, competitors will emphasize club selection as they play over a sunken watershed to an expansive green protected by five greenside bunkers. Mis-clubbed shots or those misjudging the wind will likely find one of the bunkers that protect three-quarters of the putting surface and can result in a difficult recovery shot depending on the hole location. Competitors will look to avoid missing the green left as the terrain falls off down towards the creek beyond the pair of small bunkers. The sizeable green measures 27 yards deep by 36 yards wide and slopes from right-to-left. The large nature of the green, as well as the significant ridge that bisects the green, will require an accurate tee shot from competitors to successfully find the appropriate quadrant of the green to avoid three-putts. Overall, well-executed shots by Sony Open competitors will likely yield a unique scoring opportunity on a par three at Waialae Country Club.