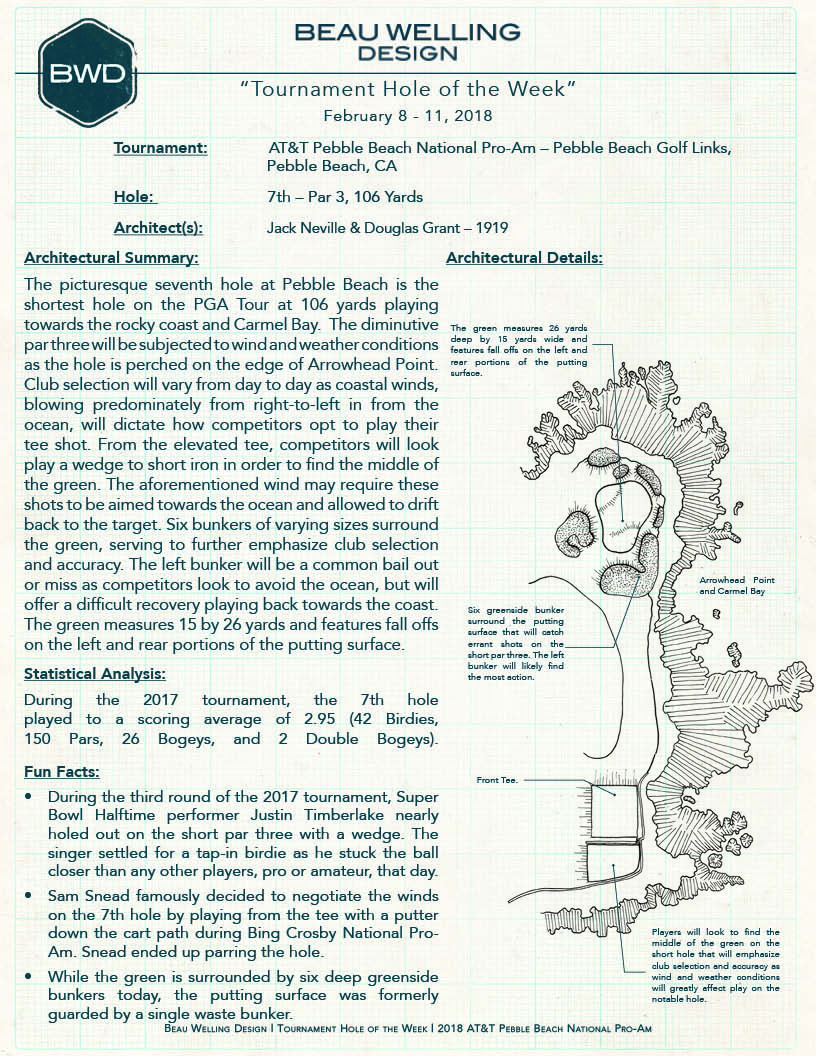 The picturesque seventh hole at Pebble Beach is the shortest hole on the PGA Tour at 106 yards playing towards the rocky coast and Carmel Bay. The diminutive par three will be subjected to wind and weather conditions as the hole is perched on the edge of Arrowhead Point. Club selection will vary from day to day as coastal winds, blowing predominately from right-to-left in from the ocean, will dictate how competitors opt to play their tee shot. From the elevated tee, competitors will look play a wedge to short iron in order to find the middle of the green. The aforementioned wind may require these shots to be aimed towards the ocean and allowed to drift back to the target. Six bunkers of varying sizes surround the green, serving to further emphasize club selection and accuracy. The left bunker will be a common bail out or miss as competitors look to avoid the ocean, but will offer a difficult recovery playing back towards the coast. The green measures 15 by 26 yards and features fall offs on the left and rear portions of the putting surface.