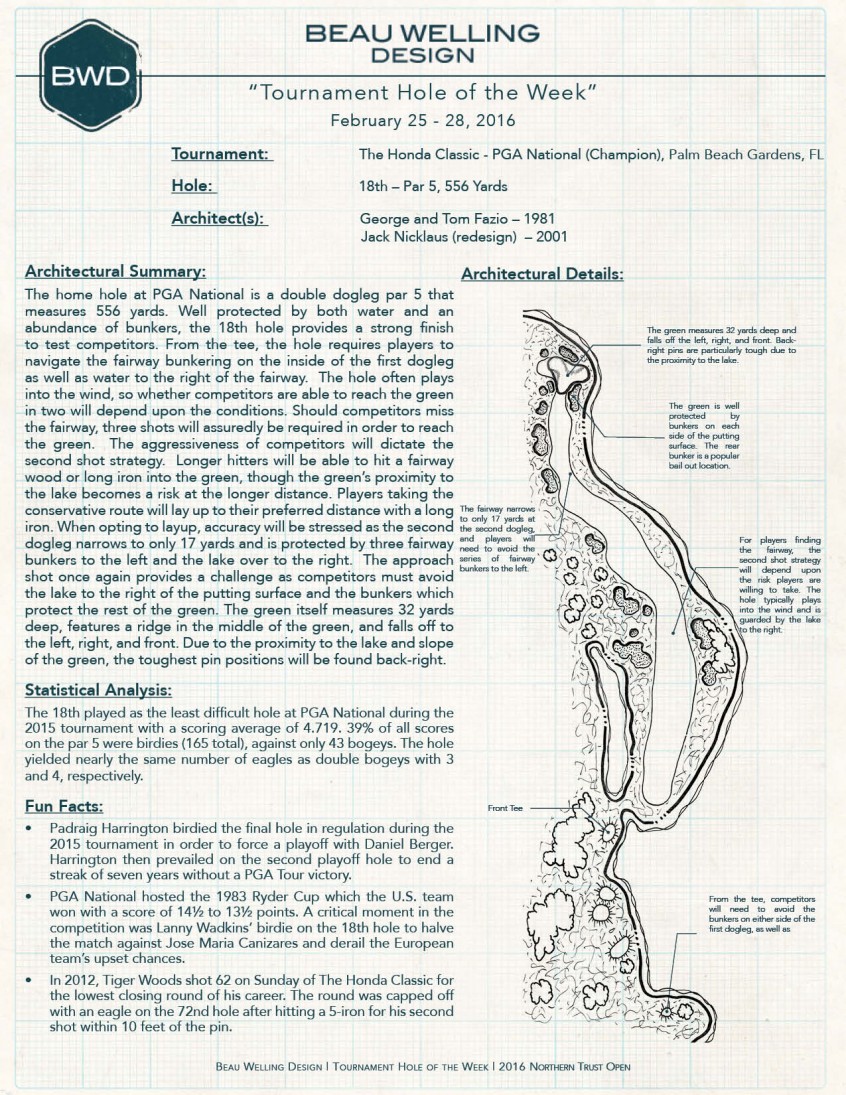 The home hole at PGA National is a double dogleg par 5 that measures 556 yards. Well protected by both water and an abundance of bunkers, the 18th hole provides a strong finish to test competitors. From the tee, the hole requires players to navigate the fairway bunkering on the inside of the first dogleg as well as water to the right of the fairway. The hole often plays into the wind, so whether competitors are able to reach the green in two will depend upon the conditions. Should competitors miss the fairway, three shots will assuredly be required in order to reach the green. The aggressiveness of competitors will dictate the second shot strategy. Longer hitters will be able to hit a fairway wood or long iron into the green, though the green’s proximity to the lake becomes a risk at the longer distance. Players taking the conservative route will lay up to their preferred distance with a long iron. When opting to layup, accuracy will be stressed as the second dogleg narrows to only 17 yards and is protected by three fairway bunkers to the left and the lake over to the right. The approach shot once again provides a challenge as competitors must avoid the lake to the right of the putting surface and the bunkers which protect the rest of the green. The green itself measures 32 yards deep, features a ridge in the middle of the green, and falls off to the left, right, and front. Due to the proximity to the lake and slope of the green, the toughest pin positions will be found back-right.

The 18th played as the least difficult hole at PGA National during the 2015 tournament with a scoring average of 4.719. 39% of all scores on the par 5 were birdies (165 total), against only 43 bogeys. The hole yielded nearly the same number of eagles as double bogeys with 3 and 4, respectively.