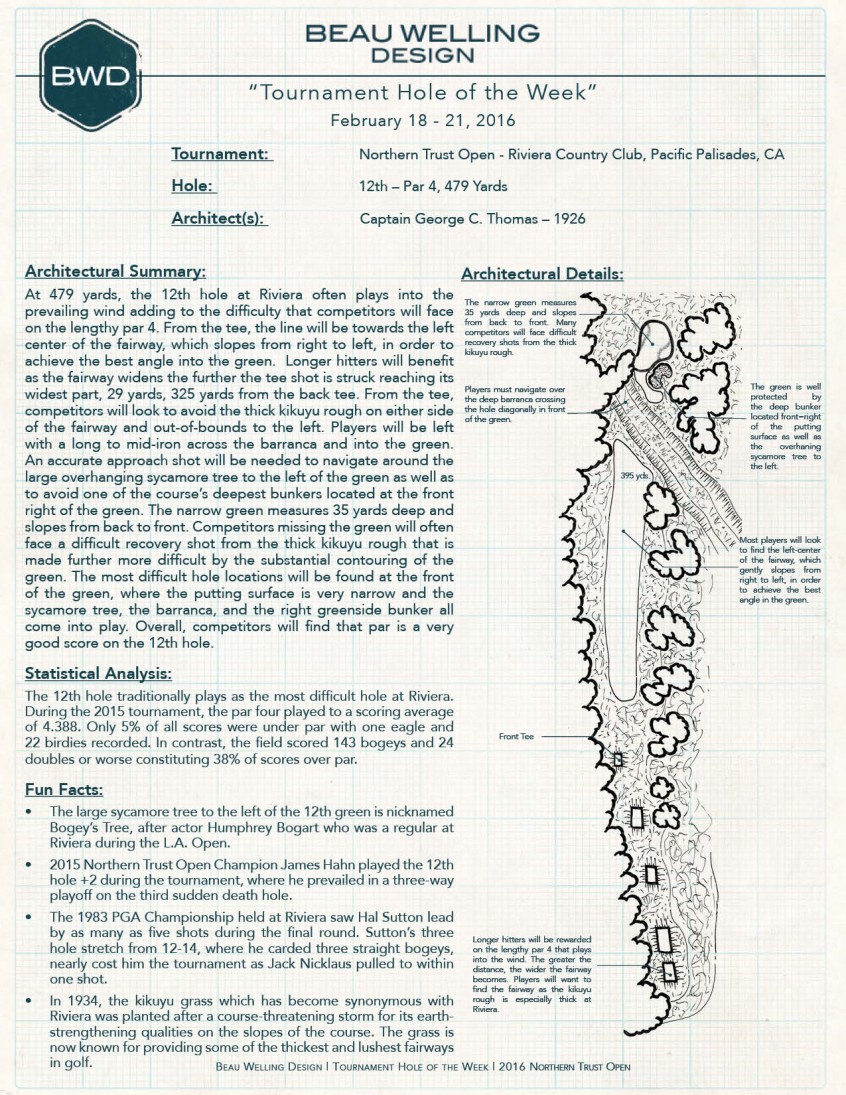 At 479 yards, the 12th hole at Riviera often plays into the prevailing wind adding to the difficulty that competitors will face on the lengthy par 4. From the tee, the line will be towards the left center of the fairway, which slopes from right to left, in order to achieve the best angle into the green. Longer hitters will benefit as the fairway widens the further the tee shot is struck reaching its widest part, 29 yards, 325 yards from the back tee. From the tee, competitors will look to avoid the thick kikuyu rough on either side of the fairway and out-of-bounds to the left. Players will be left with a long to mid-iron across the barranca and into the green. An accurate approach shot will be needed to navigate around the large overhanging sycamore tree to the left of the green as well as to avoid one of the course’s deepest bunkers located at the front right of the green. The narrow green measures 35 yards deep and slopes from back to front. Competitors missing the green will often face a difficult recovery shot from the thick kikuyu rough that is made further more difficult by the substantial contouring of the green. The most difficult hole locations will be found at the front of the green, where the putting surface is very narrow and the sycamore tree, the barranca, and the right greenside bunker all come into play. Overall, competitors will find that par is a very good score on the 12th hole.

The 12th hole traditionally plays as the most difficult hole at Riviera. During the 2015 tournament, the par four played to a scoring average of 4.388. Only 5% of all scores were under par with one eagle and 22 birdies recorded. In contrast, the field scored 143 bogeys and 24 doubles or worse constituting 38% of scores over par.