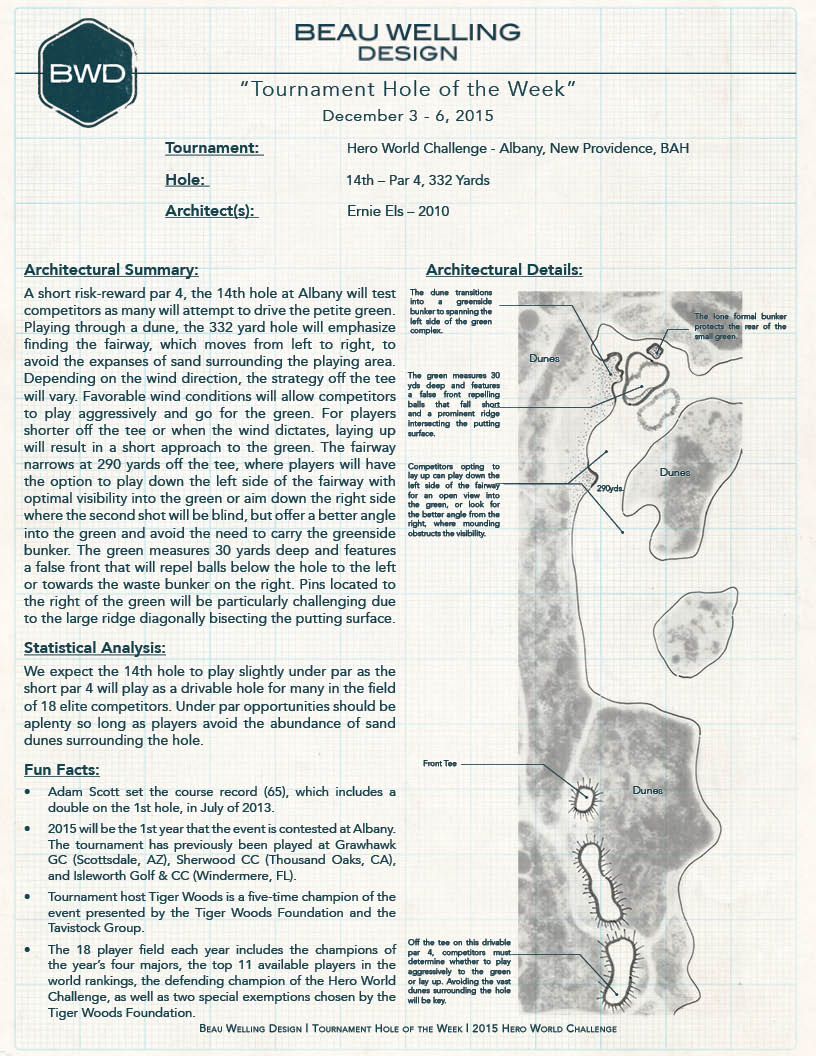 Architectural Summary:
A short risk-reward par 4, the 14th hole at Albany will test competitors as many will attempt to drive the petite green. Playing through a dune, the 332 yard hole will emphasize finding the fairway, which moves from left to right, to avoid the expanses of sand surrounding the playing area. Depending on the wind direction, the strategy off the tee will vary. Favorable wind conditions will allow competitors to play aggressively and go for the green. For players shorter off the tee or when the wind dictates, laying up will result in a short approach to the green. The fairway narrows at 290 yards off the tee, where players will have the option to play down the left side of the fairway with optimal visibility into the green or aim down the right side where the second shot will be blind, but offer a better angle into the green and avoid the need to carry the greenside bunker. The green measures 30 yards deep and features a false front that will repel balls below the hole to the left or towards the waste bunker on the right. Pins located to the right of the green will be particularly challenging due to the large ridge diagonally bisecting the putting surface.

Statistical Analysis:
We expect the 14th hole to play slightly under par as the short par 4 will play as a drivable hole for many in the field of 18 elite competitors. Under par opportunities should be aplenty so long as players avoid the abundance of sand dunes surrounding the hole.