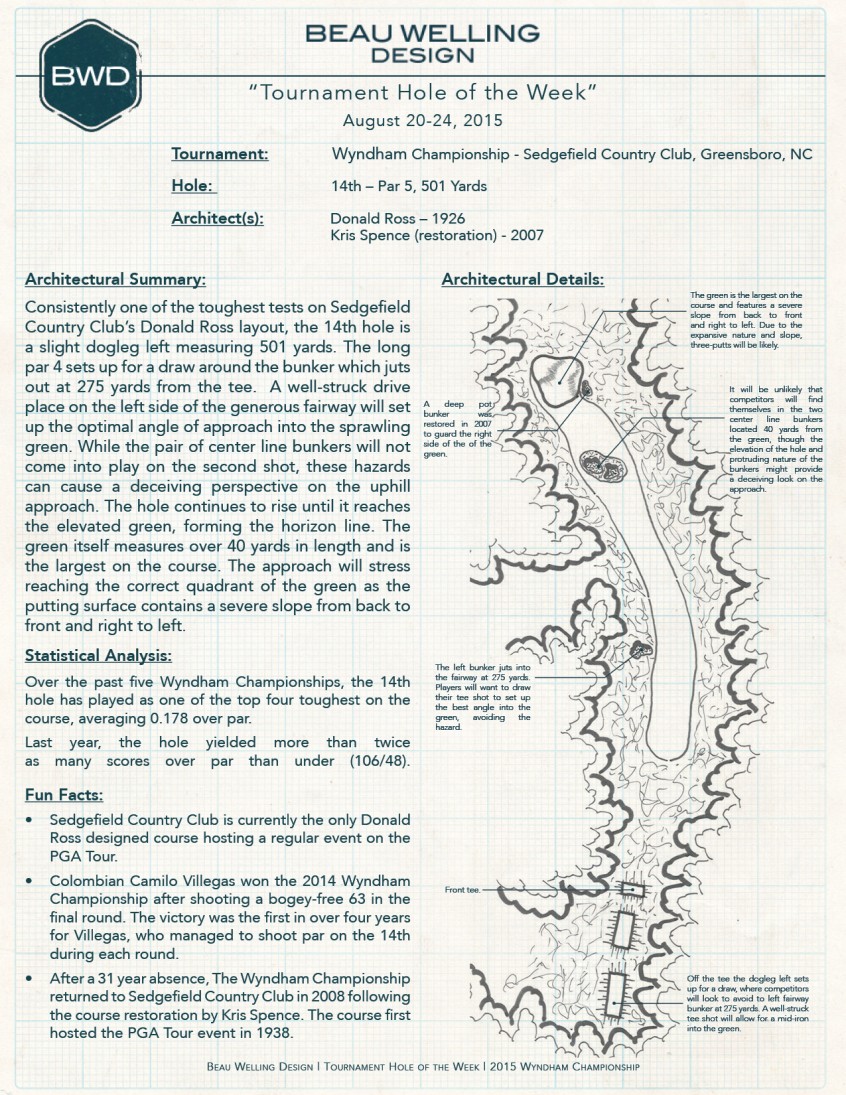 Consistently one of the toughest tests on Sedgefield Country Club’s Donald Ross layout, the 14th hole is a slight dogleg left measuring 501 yards. The long par 4 sets up for a draw around the bunker which juts out at 275 yards from the tee. A well-struck drive place on the left side of the generous fairway will set up the optimal angle of approach into the sprawling green. While the pair of center line bunkers will not come into play on the second shot, these hazards can cause a deceiving perspective on the uphill approach. The hole continues to rise until it reaches the elevated green, forming the horizon line. The green itself measures over 40 yards in length and is the largest on the course. The approach will stress reaching the correct quadrant of the green as the putting surface contains a severe slope from back to front and right to left.

Over the past five Wyndham Championships, the 14th hole has played as one of the top four toughest on the course, averaging 0.178 over par.
Last year, the hole yielded more than twice as many scores over par than under (106/48).