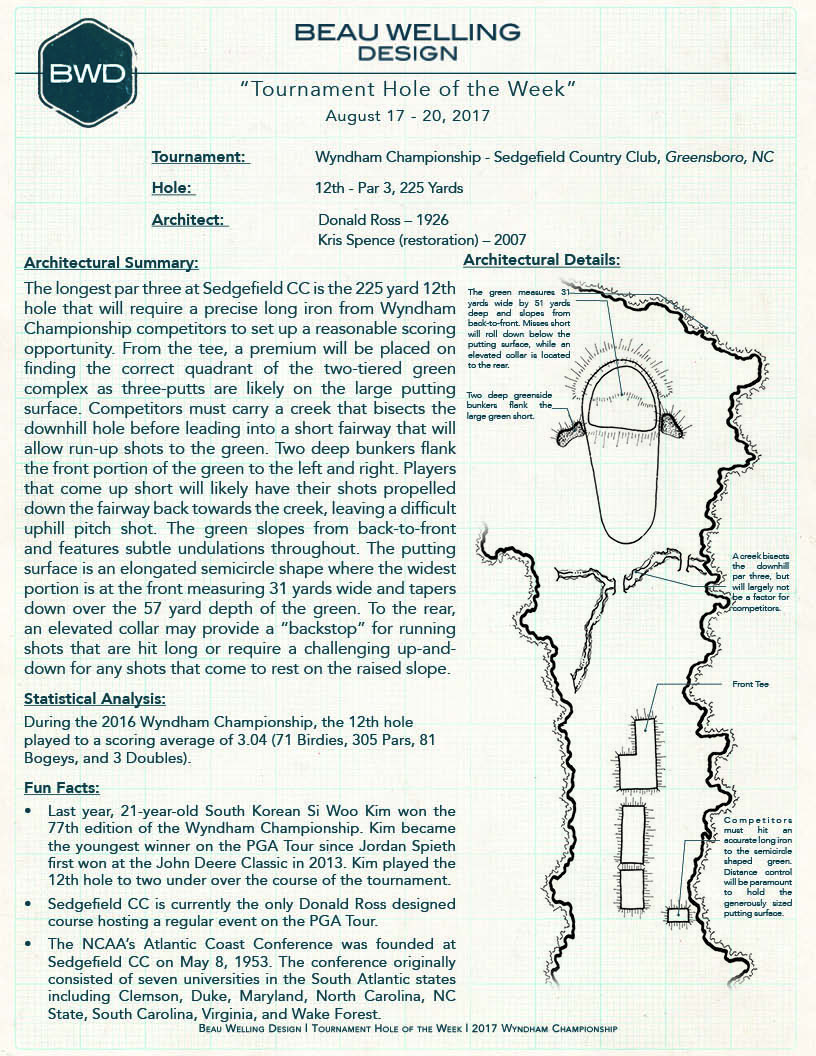 Architectural Summary:
The longest par three at Sedgefield CC is the 225 yard 12th hole that will require a precise long iron from Wyndham Championship competitors to set up a reasonable scoring opportunity. From the tee, a premium will be placed on finding the correct quadrant of the two-tiered green complex as three-putts are likely on the large putting surface. Competitors must carry a creek that bisects the downhill hole before leading into a short fairway that will allow run-up shots to the green. Two deep bunkers flank the front portion of the green to the left and right. Players that come up short will likely have their shots propelled down the fairway back towards the creek, leaving a difficult uphill pitch shot. The green slopes from back-to-front and features subtle undulations throughout. The putting surface is an elongated semi-circle shape where the widest portion is at the front measuring 31 yards wide and tapers down over the 57 yard depth of the green. To the rear, an elevated collar may provide a “backstop” for running shots that are hit long or require a challenging up-and-down for any shots that come to rest on the raised slope.