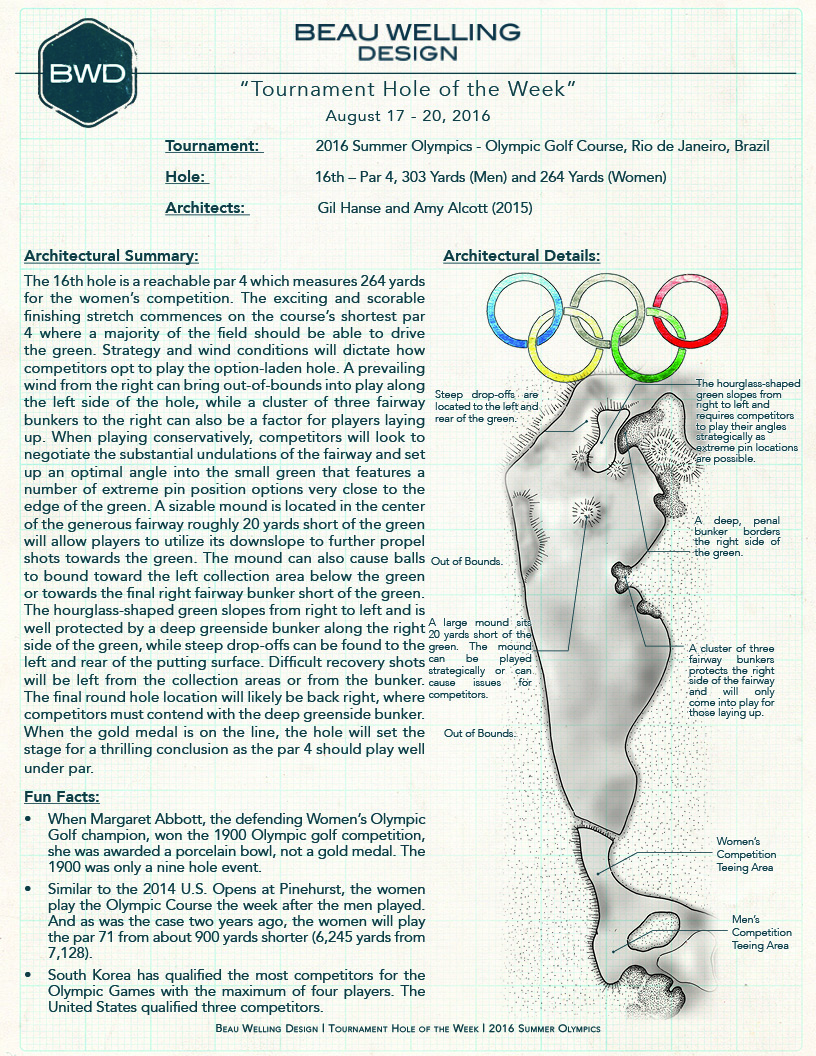 The 16th hole is a reachable par 4 which measures 264 yards for the women’s competition. The exciting and scorable finishing stretch commences on the course’s shortest par 4 where a majority of the field should be able to drive the green. Strategy and wind conditions will dictate how competitors opt to play the option-laden hole. A prevailing wind from the right can bring out-of-bounds into play along the left side of the hole, while a cluster of three fairway bunkers to the right can also be a factor for players laying up. When playing conservatively, competitors will look to negotiate the substantial undulations of the fairway and set up an optimal angle into the small green that features a number of extreme pin position options very close to the edge of the green. A sizable mound is located in the center of the generous fairway roughly 20 yards short of the green will allow players to utilize its downslope to further propel shots towards the green. The mound can also cause balls to bound toward the left collection area below the green or towards the final right fairway bunker short of the green. The hourglass-shaped green slopes from right to left and is well protected by a deep greenside bunker along the right side of the green, while steep drop-offs can be found to the left and rear of the putting surface. Difficult recovery shots will be left from the collection areas or from the bunker. The final round hole location will likely be back right, where competitors must contend with the deep greenside bunker. When the gold medal is on the line, the hole will set the stage for a thrilling conclusion as the par 4 should play well under par.