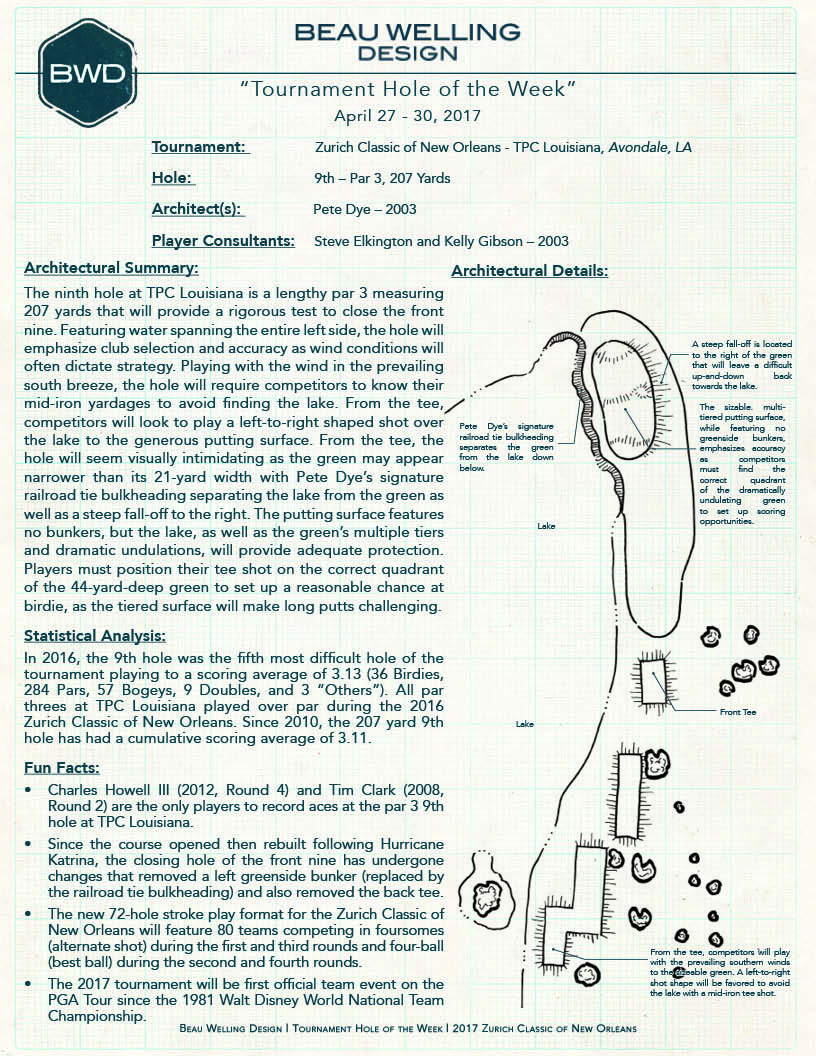 Architectural Summary:
The ninth hole at TPC Louisiana is a lengthy par 3 measuring 207 yards that will provide a rigorous test to close the front nine. Featuring water spanning the entire left side, the hole will emphasize club selection and accuracy as wind conditions will often dictate strategy. Playing with the wind in the prevailing south breeze, the hole will require competitors to know their mid-iron yardages to avoid finding the lake. From the tee, competitors will look to play a left-to-right shaped shot over the lake to the generous putting surface. From the tee, the hole will seem visually intimidating as the green may appear narrower than its 21-yard width with Pete Dye’s signature railroad tie bulkheading separating the lake from the green as well as a steep fall-off to the right. The putting surface features no bunkers, but the lake, as well as the green’s multiple tiers and dramatic undulations, will provide adequate protection. Players must position their tee shot on the correct quadrant of the 44-yard-deep green to set up a reasonable chance at birdie, as the tiered surface will make long putts challenging.