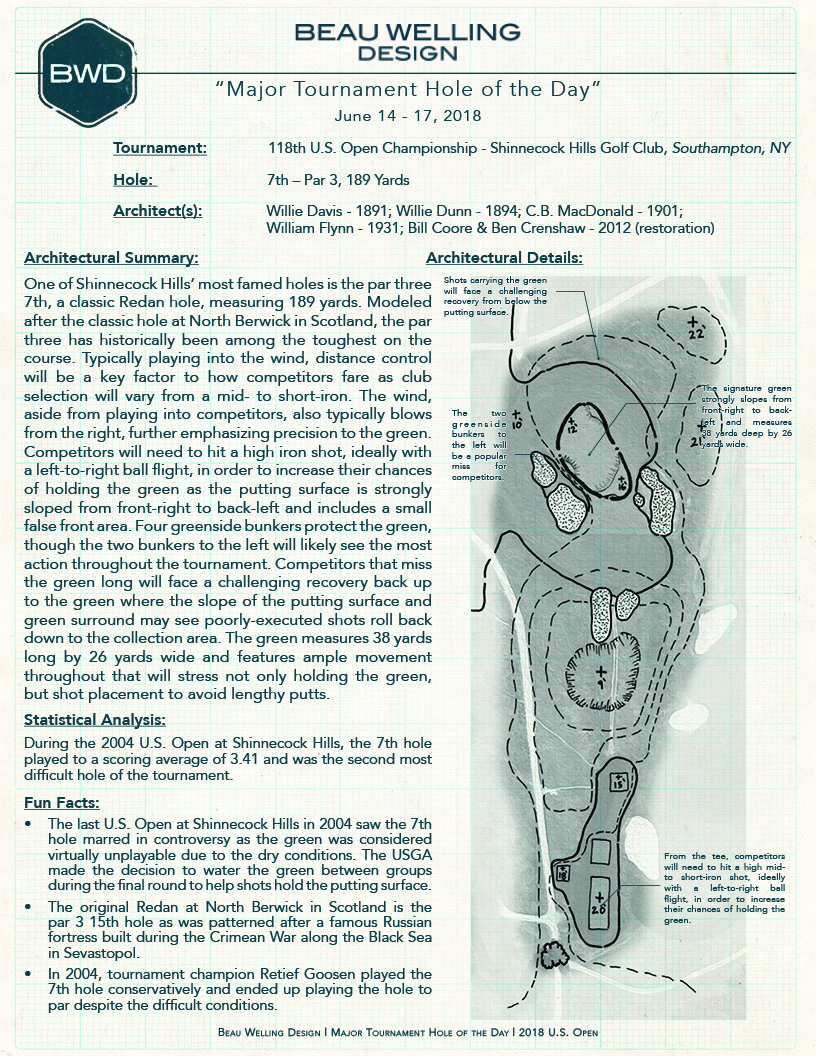 One of Shinnecock Hills’ most famed holes is the par three 7th, a classic Redan hole, measuring 189 yards. Modeled after the classic hole at North Berwick in Scotland, the par three has historically been among the toughest on the course. Typically playing into the wind, distance control will be a key factor to how competitors fare as club selection will vary from a mid- to short-iron. The wind, aside from playing into competitors, also typically blows from the right, further emphasizing precision to the green. Competitors will need to hit a high iron shot, ideally with a left-to-right ball flight, in order to increase their chances of holding the green as the putting surface is strongly sloped from front-right to back-left and includes a small false front area. Four greenside bunkers protect the green, though the two bunkers to the left will likely see the most action throughout the tournament. Competitors that miss the green long will face a challenging recovery back up to the green where the slope of the putting surface and green surround may see poorly-executed shots roll back down to the collection area. The green measures 38 yards long by 26 yards wide and features ample movement throughout that will stress not only holding the green, but shot placement to avoid lengthy putts.

During the 2004 U.S. Open at Shinnecock Hills, the 7th hole played to a scoring average of 3.41 and was the second most difficult hole of the tournament.