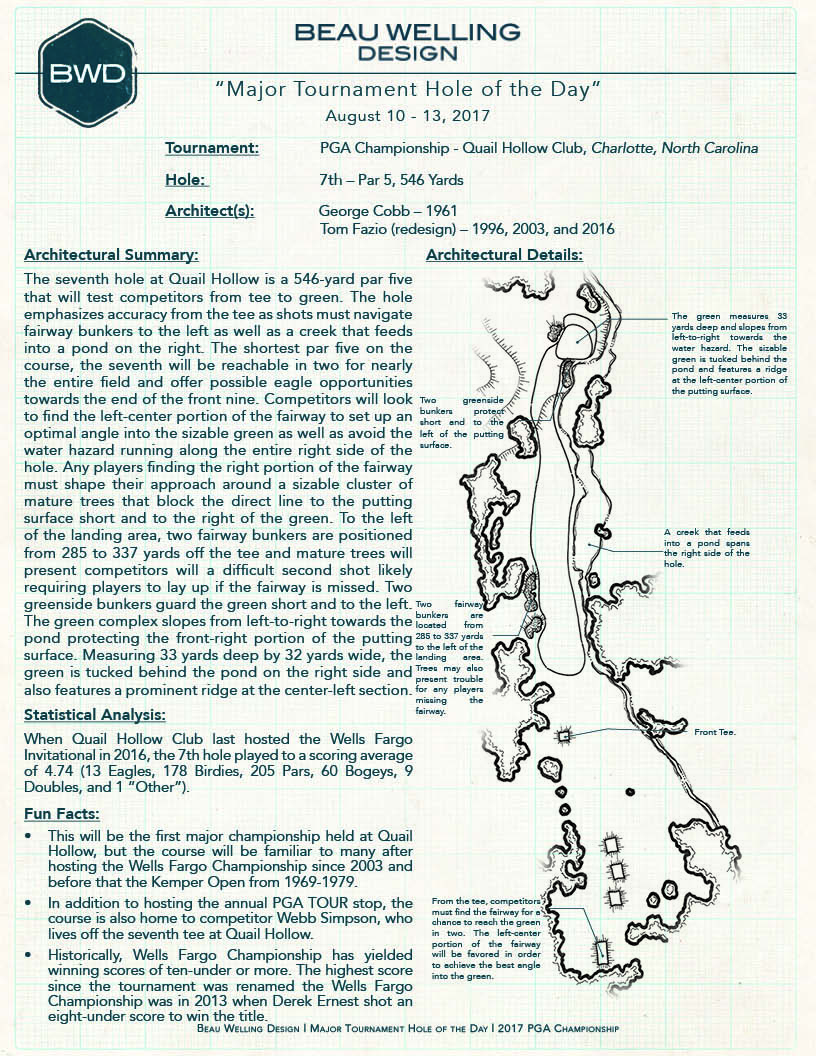 The seventh hole at Quail Hollow is a 546-yard par five that will test competitors from tee to green. The hole emphasizes accuracy from the tee as shots must navigate fairway bunkers to the left as well as a creek that feeds into a pond on the right. The shortest par five on the course, the seventh will be reachable in two for nearly the entire field and offer possible eagle opportunities towards the end of the front nine. Competitors will look to find the left-center portion of the fairway to set up an optimal angle into the sizable green as well as avoid the water hazard running along the entire right side of the hole. Any players finding the right portion of the fairway must shape their approach around a sizable cluster of mature trees that block the direct line to the putting surface short and to the right of the green. To the left of the landing area, two fairway bunkers are positioned from 285 to 337 yards off the tee and mature trees will present competitors will a difficult second shot likely requiring players to lay up if the fairway is missed. Two greenside bunkers guard the green short and to the left. The green complex slopes from left-to-right towards the pond protecting the front-right portion of the putting surface. Measuring 33 yards deep by 32 yards wide, the green is tucked behind the pond on the right side and also features a prominent ridge at the center-left section.