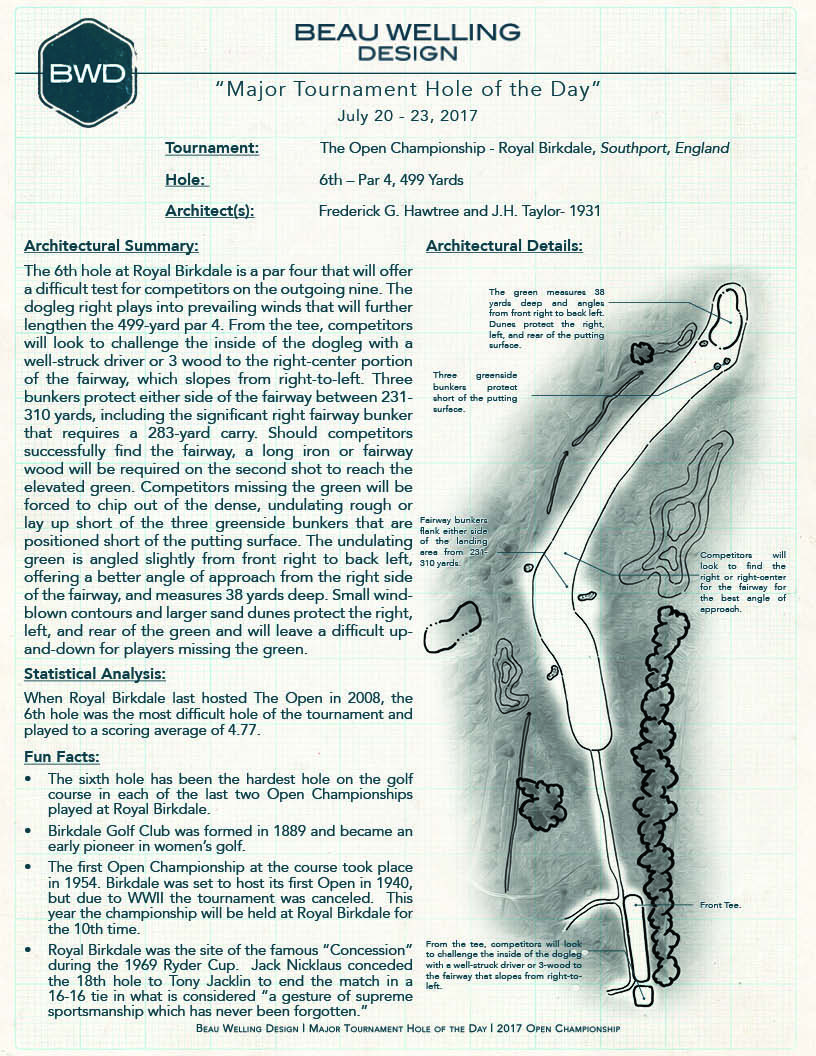 The 6th hole at Royal Birkdale is a par four that will offer a difficult test for competitors on the outgoing nine. The dogleg right plays into prevailing winds that will further lengthen the 499-yard par 4. From the tee, competitors will look to challenge the inside of the dogleg with a well-struck driver or 3 wood to the right-center portion of the fairway, which slopes from right-to-left. Three bunkers protect either side of the fairway between 231-310 yards, including the significant right fairway bunker that requires a 283-yard carry. Should competitors successfully find the fairway, a long iron or fairway wood will be required on the second shot to reach the elevated green. Competitors missing the green will be forced to chip out of the dense, undulating rough or lay up short of the three greenside bunkers that are positioned short of the putting surface. The undulating green is angled slightly from front right to back left, offering a better angle of approach from the right side of the fairway, and measures 38 yards deep. Small wind-blown contours and larger sand dunes protect the right, left, and rear of the green and will leave a difficult up-and-down for players missing the green.

When Royal Birkdale last hosted The Open in 2008, the 6th hole was the most difficult hole of the tournament and played to a scoring average of 4.77.