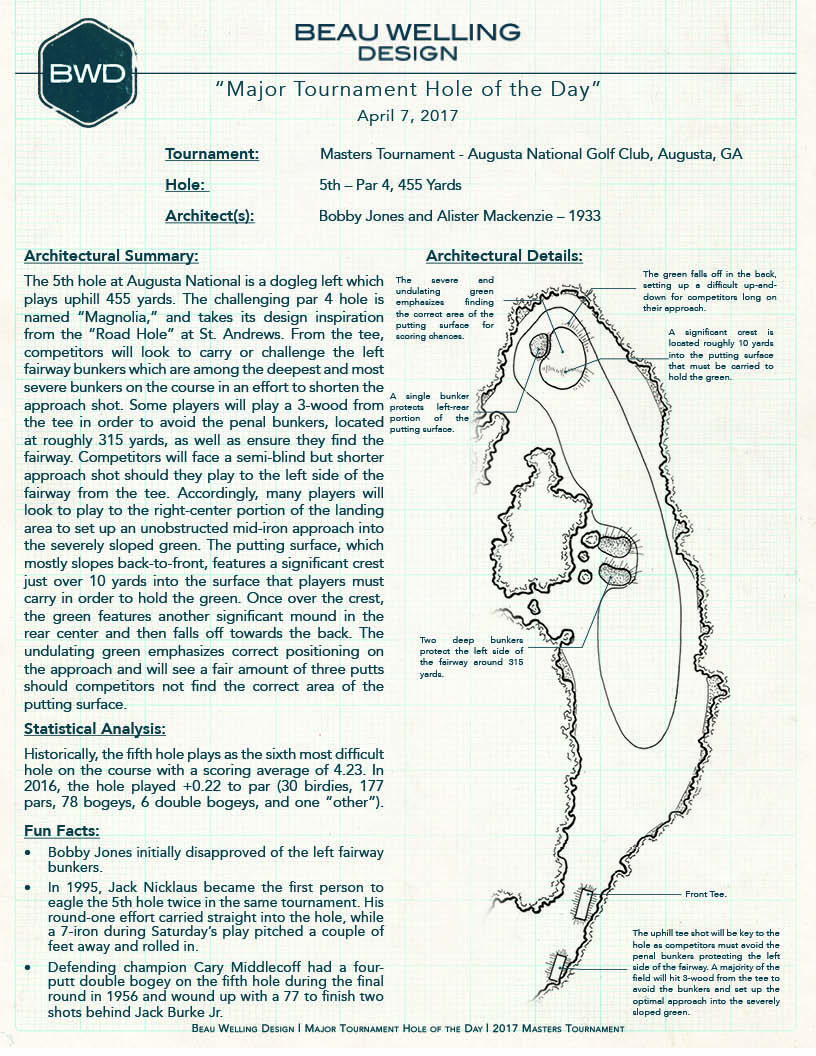 The 5th hole at Augusta National is a dogleg left which plays uphill 455 yards. The challenging par 4 hole is named “Magnolia,” and takes its design inspiration from the “Road Hole” at St. Andrews. From the tee, competitors will look to carry or challenge the left fairway bunkers which are among the deepest and most severe bunkers on the course in an effort to shorten the approach shot. Some players will play a 3-wood from the tee in order to avoid the penal bunkers, located at roughly 315 yards, as well as ensure they find the fairway. Competitors will face a semi-blind but shorter approach shot should they play to the left side of the fairway from the tee. Accordingly, many players will look to play to the right-center portion of the landing area to set up an unobstructed mid-iron approach into the severely sloped green. The putting surface, which mostly slopes back-to-front, features a significant crest just over 10 yards into the surface that players must carry in order to hold the green. Once over the crest, the green features another significant mound in the rear center and then falls off towards the back. The undulating green emphasizes correct positioning on the approach and will see a fair amount of three putts should competitors not find the correct area of the putting surface.