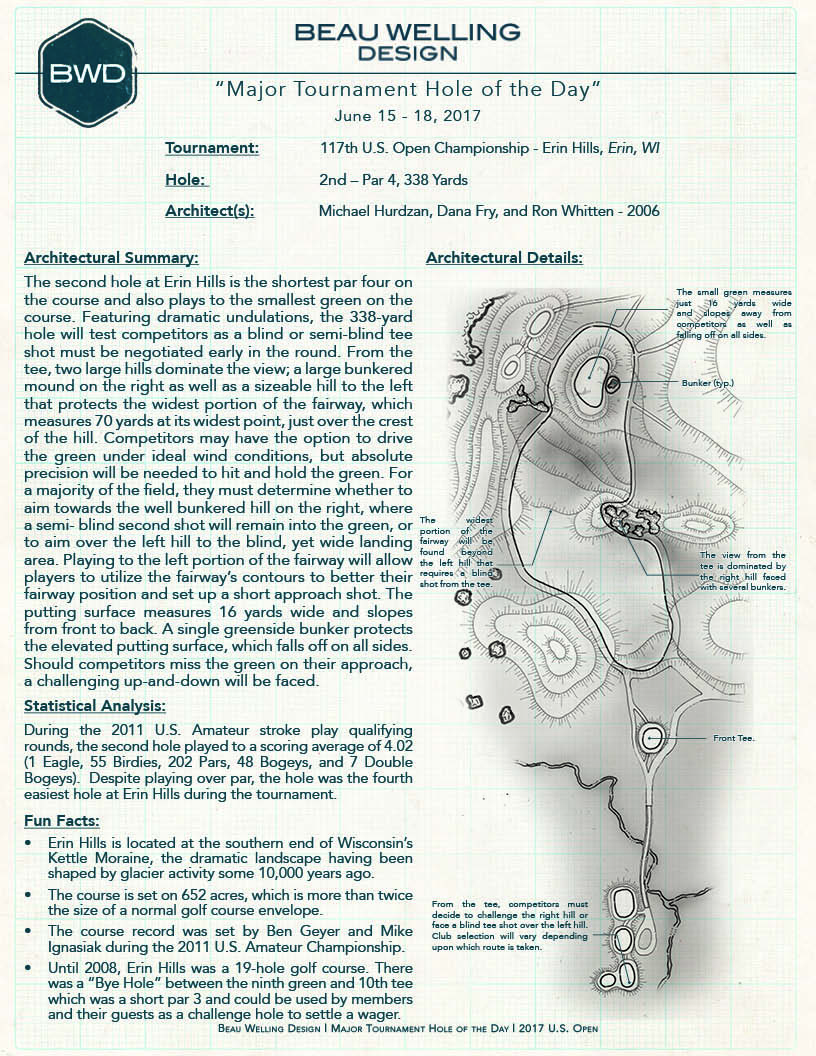 The second hole at Erin Hills is the shortest par four on the course and also plays to the smallest green on the course. Featuring dramatic undulations, the 338-yard hole will test competitors as a blind or semi-blind tee shot must be negotiated early in the round. From the tee, two large hills dominate the view; a large bunkered mound on the right as well as a sizeable hill to the left that protects the widest portion of the fairway, which measures 70 yards at its widest point, just over the crest of the hill. Competitors may have the option to drive the green under ideal wind conditions, but absolute precision will be needed to hit and hold the green. For a majority of the field, they must determine whether to aim towards the well bunkered hill on the right, where a semi- blind second shot will remain into the green, or to aim over the left hill to the blind, yet wide landing area. Playing to the left portion of the fairway will allow players to utilize the fairway’s contours to better their fairway position and set up a short approach shot. The putting surface measures 16 yards wide and slopes from front to back. A single greenside bunker protects the elevated putting surface, which falls off on all sides. Should competitors miss the green on their approach, a challenging up-and-down will be faced.

During the 2011 U.S. Amateur stroke play qualifying rounds, the second hole played to a scoring average of 4.02 (1 Eagle, 55 Birdies, 202 Pars, 48 Bogeys, and 7 Double Bogeys). Despite playing over par, the hole was the fourth easiest hole at Erin Hills during the tournament.