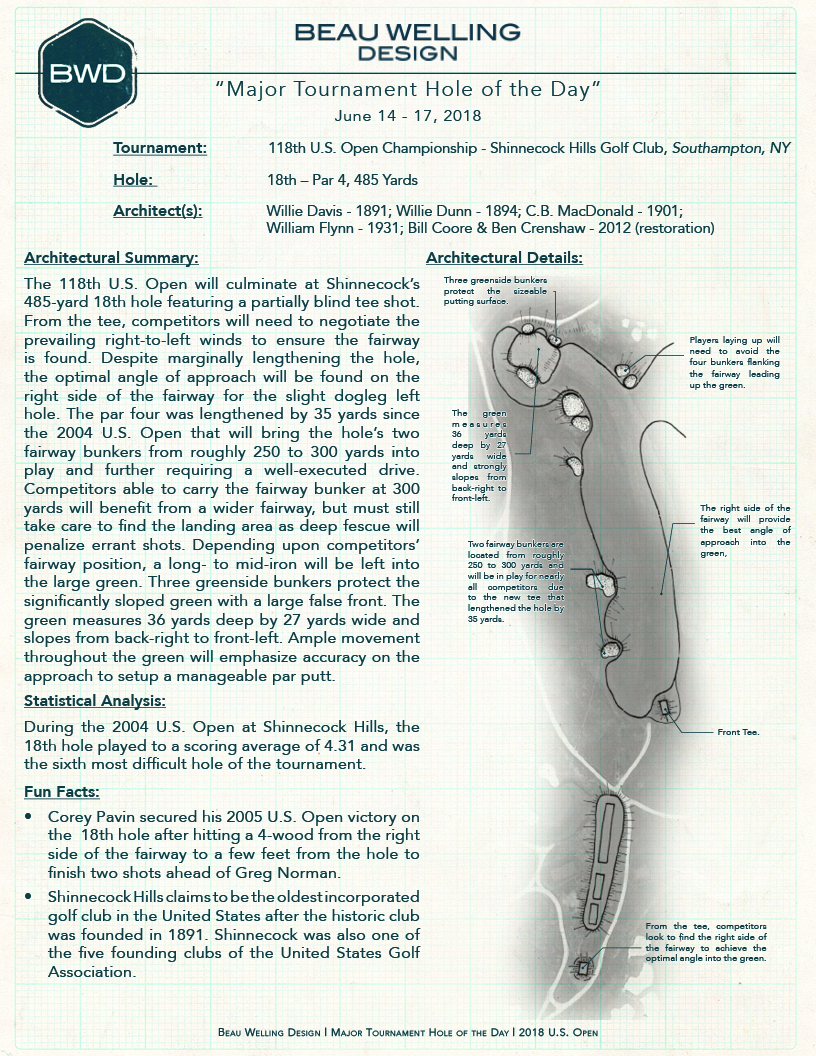 The 118th U.S. Open will culminate at Shinnecock’s 485-yard 18th hole featuring a partially blind tee shot. From the tee, competitors will need to negotiate the prevailing right-to-left winds to ensure the fairway is found. Despite marginally lengthening the hole, the optimal angle of approach will be found on the right side of the fairway for the slight dogleg left hole. The par four was lengthened by 35 yards since the 2004 U.S. Open that will bring the hole’s two fairway bunkers from roughly 250 to 300 yards into play and further requiring a well-executed drive. Competitors able to carry the fairway bunker at 300 yards will benefit from a wider fairway, but must still take care to find the landing area as deep fescue will penalize errant shots. Depending upon competitors’ fairway position, a long- to mid-iron will be left into the large green. Three greenside bunkers protect the significantly sloped green with a large false front. The green measures 36 yards deep by 27 yards wide and slopes from back-right to front-left. Ample movement throughout the green will emphasize accuracy on the approach to set up a manageable par putt.

During the 2004 U.S. Open at Shinnecock Hills, the 18th hole played to a scoring average of 4.31 and was the sixth most difficult hole of the tournament.