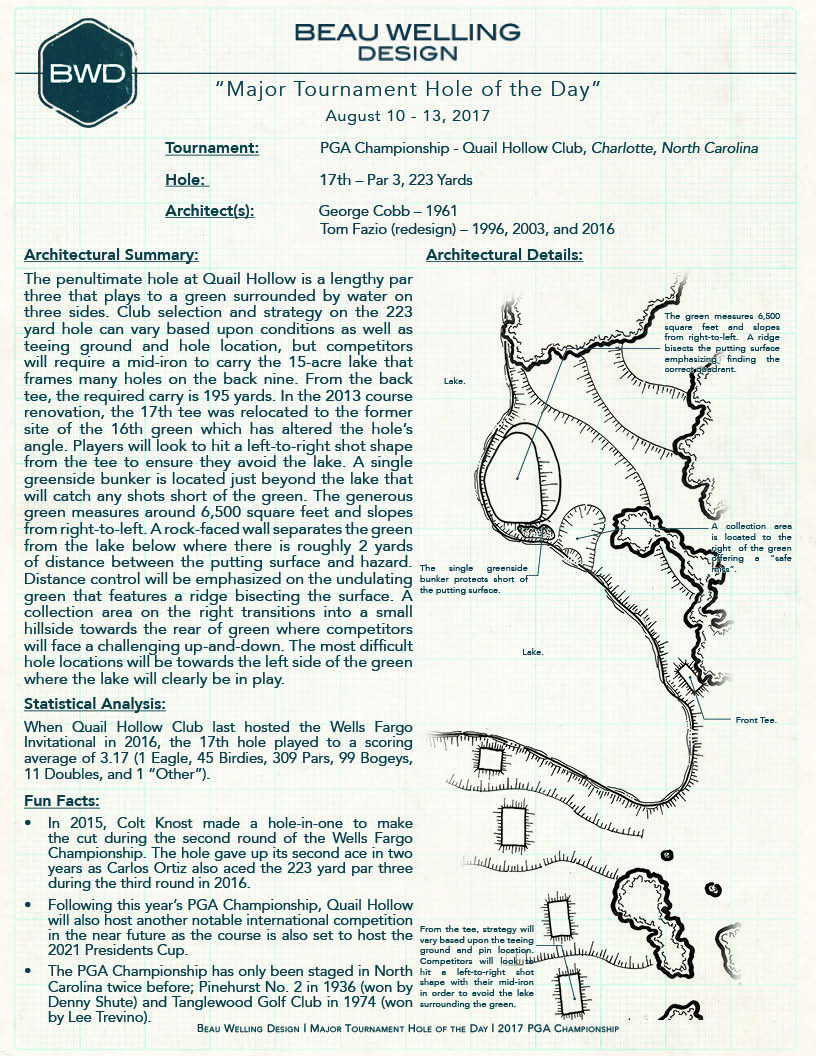 The penultimate hole at Quail Hollow is a lengthy par three that plays to a green surrounded by water on three sides. Club selection and strategy on the 223 yard hole can vary based upon conditions as well as teeing ground and hole location, but competitors will require a mid-iron to carry the 15-acre lake that frames many holes on the back nine. From the back tee, the required carry is 195 yards. In the 2013 course renovation, the 17th tee was relocated to the former site of the 16th green which has altered the hole’s angle. Players will look to hit a left-to-right shot shape from the tee to ensure they avoid the lake. A single greenside bunker is located just beyond the lake that will catch any shots short of the green. The generous green measures around 6,500 square feet and slopes from right-to-left. A rock-faced wall separates the green from the lake below where there is roughly 2 yards of distance between the putting surface and hazard. Distance control will be emphasized on the undulating green that features a ridge bisecting the surface. A collection area on the right transitions into a small hillside towards the rear of green where competitors will face a challenging up-and-down. The most difficult hole locations will be towards the left side of the green where the lake will clearly be in play.