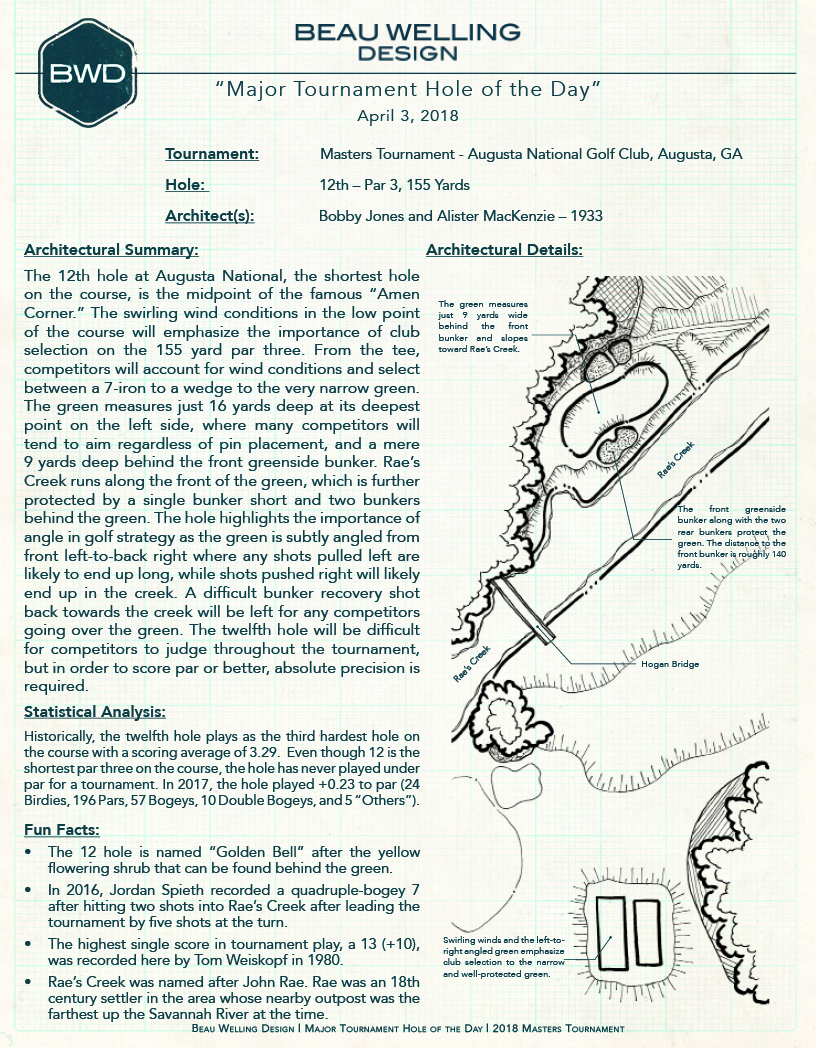 The 12th hole at Augusta National, the shortest hole on the course, is the midpoint of the famous “Amen Corner.” The swirling wind conditions in the low point of the course will emphasize the importance of club selection on the 155 yard par three. From the tee, competitors will account for wind conditions and select between a 7-iron to a wedge to the very narrow green. The green measures just 16 yards deep at its deepest point on the left side, where many competitors will tend to aim regardless of pin placement, and a mere 9 yards deep behind the front greenside bunker. Rae’s Creek runs along the front of the green, which is further protected by a single bunker short and two bunkers behind the green. The hole highlights the importance of angle in golf strategy as the green is subtly angled from front left-to-back right where any shots pulled left are likely to end up long, while shots pushed right will likely end up in the creek. A difficult bunker recovery shot back towards the creek will be left for any competitors going over the green. The twelfth hole will be difficult for competitors to judge throughout the tournament, but in order to score par or better, absolute precision is required.