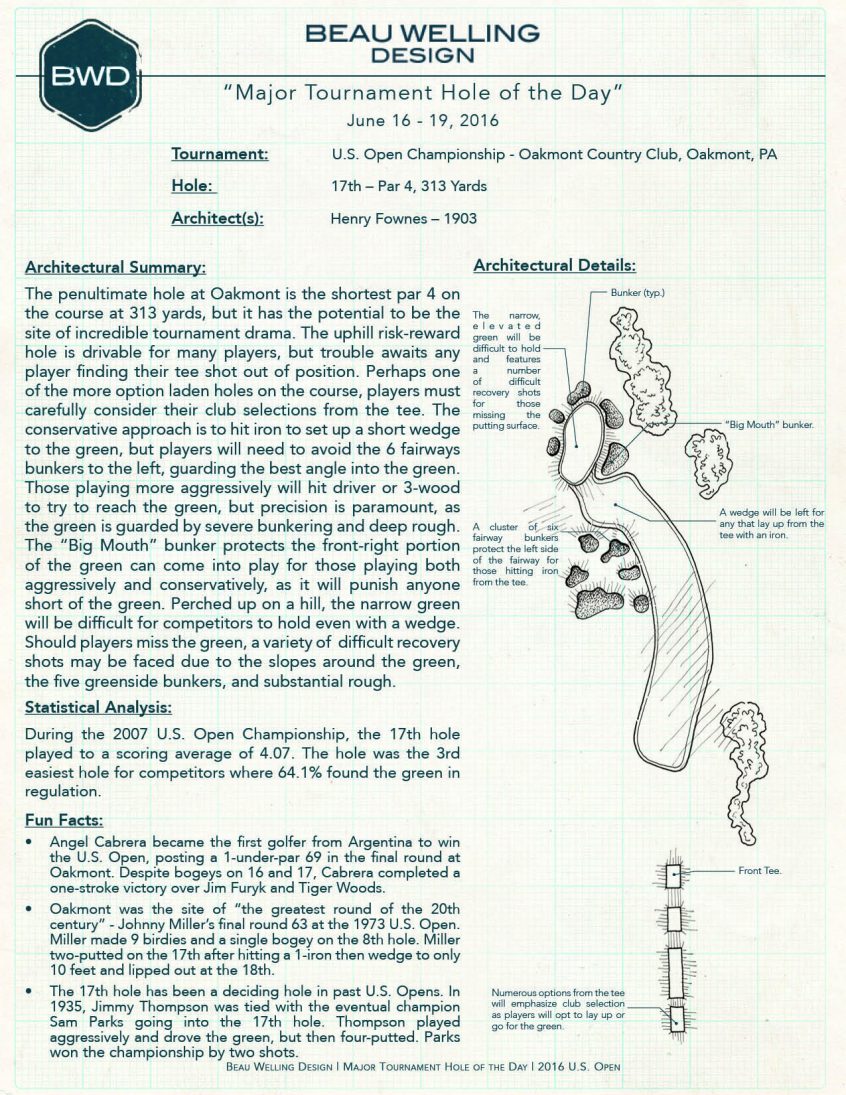 The penultimate hole at Oakmont is the shortest par 4 on the course at 313 yards, but it has the potential to be the site of incredible tournament drama. The uphill risk-reward hole is drivable for many players, but trouble awaits any player finding their tee shot out of position. Perhaps one of the more option laden holes on the course, players must carefully consider their club selections from the tee. The conservative approach is to hit iron to set up a short wedge to the green, but players will need to avoid the 6 fairways bunkers to the left, guarding the best angle into the green. Those playing more aggressively will hit driver or 3-wood to try to reach the green, but precision is paramount, as the green is guarded by severe bunkering and deep rough. The “Big Mouth” bunker protects the front-right portion of the green can come into play for those playing both aggressively and conservatively, as it will punish anyone short of the green. Perched up on a hill, the narrow green will be difficult for competitors to hold even with a wedge. Should players miss the green, a variety of difficult recovery shots may be faced due to the slopes around the green, the five greenside bunkers, and substantial rough.

During the 2007 U.S. Open Championship, the 17th hole played to a scoring average of 4.07. The hole was the 3rd easiest hole for competitors where 64.1% found the green in regulation.