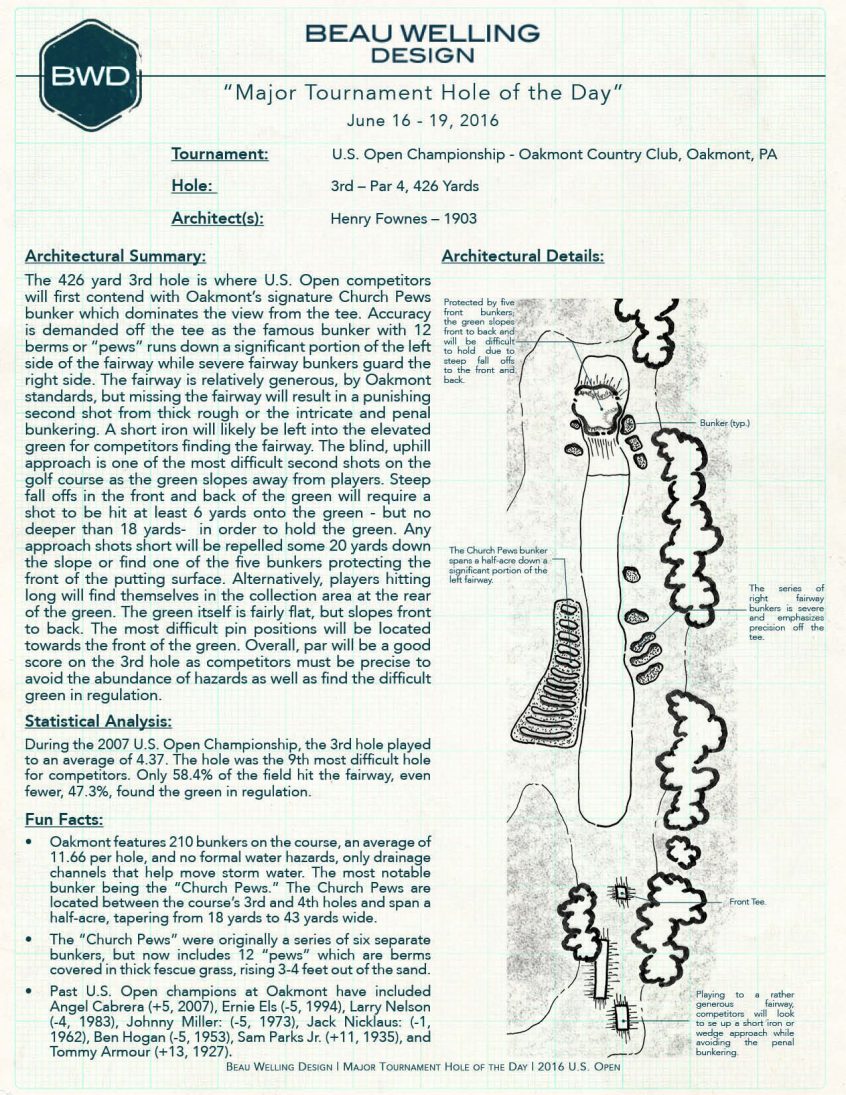 The 426 yard 3rd hole is where U.S. Open competitors will first contend with Oakmont’s signature Church Pews bunker which dominates the view from the tee. Accuracy is demanded off the tee as the famous bunker with 12 berms or “pews” runs down a significant portion of the left side of the fairway while severe fairway bunkers guard the right side. The fairway is relatively generous, by Oakmont standards, but missing the fairway will result in a punishing second shot from thick rough or the intricate and penal bunkering. A short iron will likely be left into the elevated green for competitors finding the fairway. The blind, uphill approach is one of the most difficult second shots on the golf course as the green slopes away from players. Steep fall offs in the front and back of the green will require a shot to be hit at least 6 yards onto the green – but no deeper than 18 yards- in order to hold the green. Any approach shots short will be repelled some 20 yards down the slope or find one of the five bunkers protecting the front of the putting surface. Alternatively, players hitting long will find themselves in the collection area at the rear of the green. The green itself is fairly flat, but slopes front to back. The most difficult pin positions will be located towards the front of the green. Overall, par will be a good score on the 3rd hole as competitors must be precise to avoid the abundance of hazards as well as find the difficult green in regulation.

During the 2007 U.S. Open Championship, the 3rd hole played to an average of 4.37. The hole was the 9th most difficult hole for competitors. Only 58.4% of the field hit the fairway, even fewer, 47.3%, found the green in regulation.