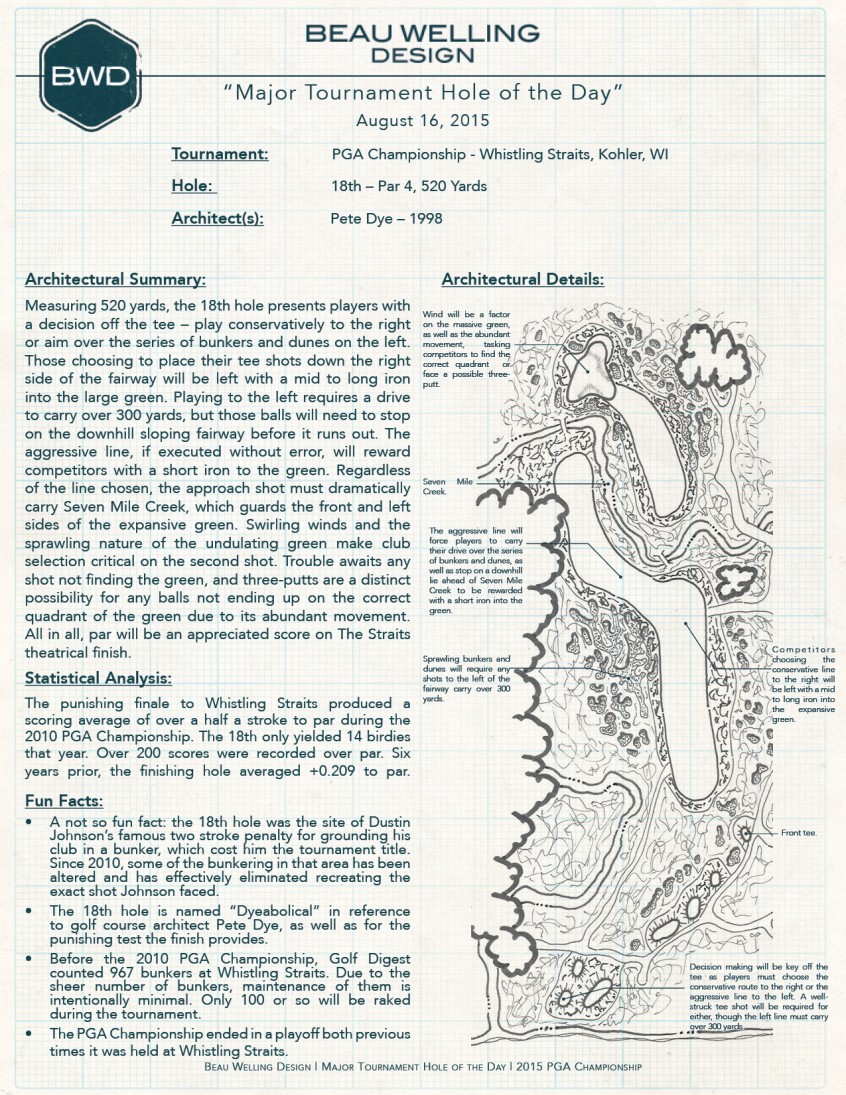 Measuring 520 yards, the 18th hole presents players with a decision off the tee – play conservatively to the right or aim over the series of bunkers and dunes on the left. Those choosing to place their tee shots down the right side of the fairway will be left with a mid to long iron into the large green. Playing to the left requires a drive to carry over 300 yards, but those balls will need to stop on the downhill sloping fairway before it runs out. The aggressive line, if executed without error, will reward competitors with a short iron to the green. Regardless of the line chosen, the approach shot must dramatically carry Seven Mile Creek, which guards the front and left sides of the expansive green. Swirling winds and the sprawling nature of the undulating green make club selection critical on the second shot. Trouble awaits any shot not finding the green, and three-putts are a distinct possibility for any balls not ending up on the correct quadrant of the green due to its abundant movement. All in all, par will be an appreciated score on The Straits theatrical finish.

The punishing finale to Whistling Straits produced a scoring average of over a half a stroke to par during the 2010 PGA Championship. The 18th only yielded 14 birdies that year. Over 200 scores were recorded over par. Six years prior, the finishing hole averaged +0.209 to par.