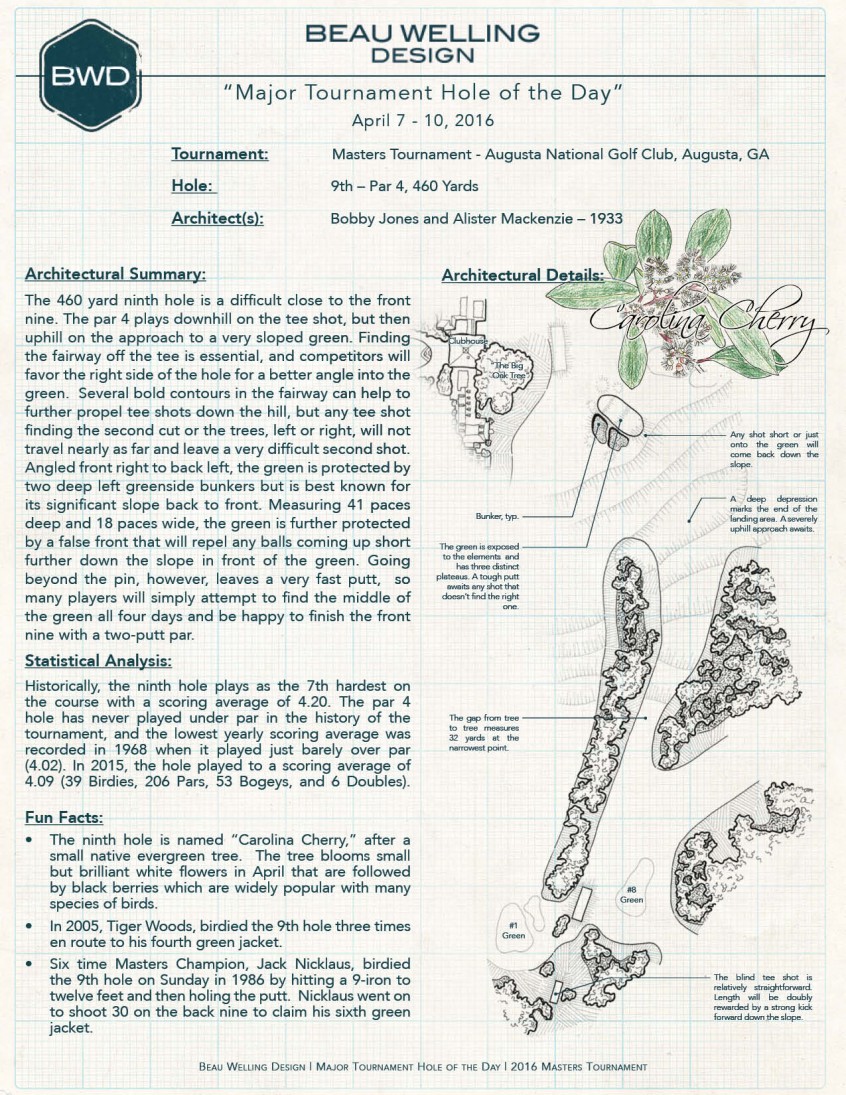 The 460 yard ninth hole is a difficult close to the front nine. The par 4 plays downhill on the tee shot, but then uphill on the approach to a very sloped green. Finding the fairway off the tee is essential, and competitors will favor the right side of the hole for a better angle into the green.  Several bold contours in the fairway can help to further propel tee shots down the hill, but any tee shot finding the second cut or the trees, left or right, will not travel nearly as far and leave a very difficult second shot.  Angled front right to back left, the green is protected by two deep left greenside bunkers but is best known for its significant slope back to front. Measuring 41 paces deep and 18 paces wide, the green is further protected by a false front that will repel any balls coming up short further down the slope in front of the green. Going beyond the pin, however, leaves a very fast putt,  so many players will simply attempt to find the middle of the green all four days and be happy to finish the front nine with a two-putt par.