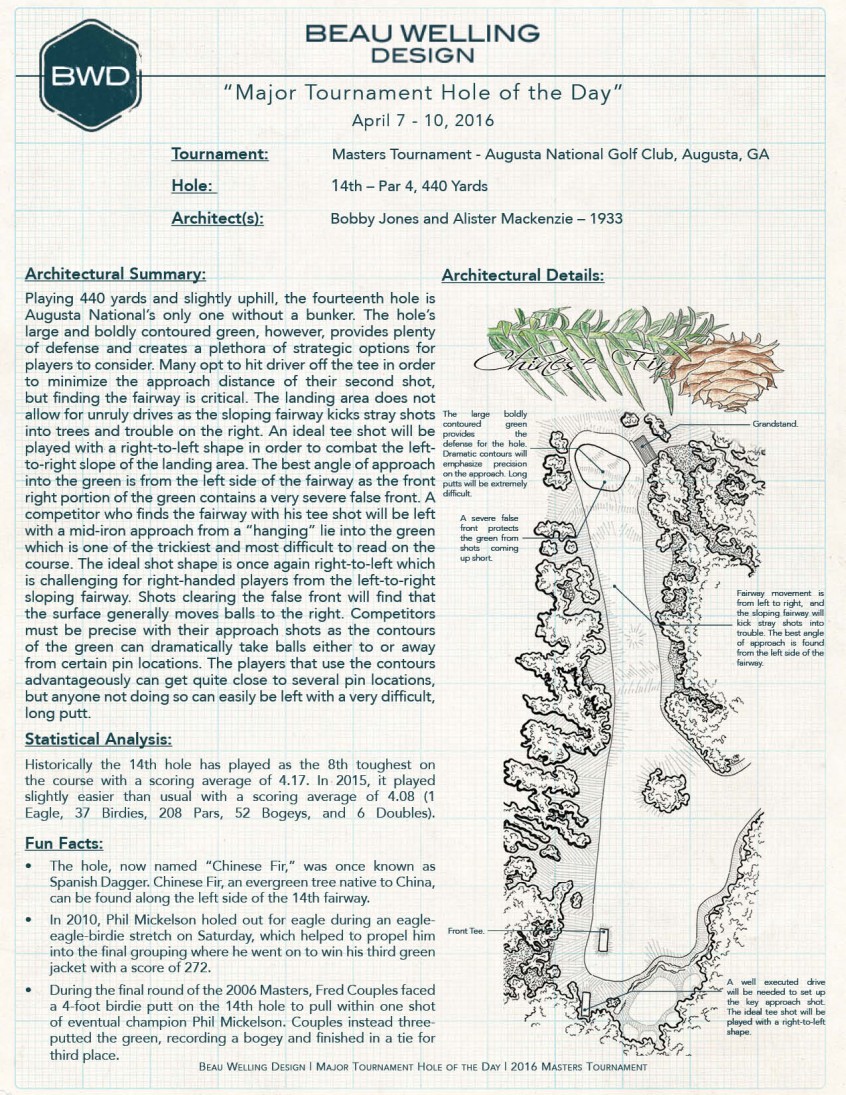 Playing 440 yards and slightly uphill, the fourteenth hole is Augusta National’s only one without a bunker. The hole’s large and boldly contoured green, however, provides plenty of defense and creates a plethora of strategic options for players to consider. Many opt to hit driver off the tee in order to minimize the approach distance of their second shot, but finding the fairway is critical. The landing area does not allow for unruly drives as the sloping fairway kicks stray shots into trees and trouble on the right. An ideal tee shot will be played with a right-to-left shape in order to combat the left-to-right slope of the landing area. The best angle of approach into the green is from the left side of the fairway as the front right portion of the green contains a very severe false front. A competitor who finds the fairway with his tee shot will be left with a mid-iron approach from a “hanging” lie into the green which is one of the trickiest and most difficult to read on the course. The ideal shot shape is once again right-to-left which is challenging for right-handed players from the left-to-right sloping fairway. Shots clearing the false front will find that the surface generally moves balls to the right. Competitors must be precise with their approach shots as the contours of the green can dramatically take balls either to or away from certain pin locations. The players that use the contours advantageously can get quite close to several pin locations, but anyone not doing so can easily be left with a very difficult, long putt.