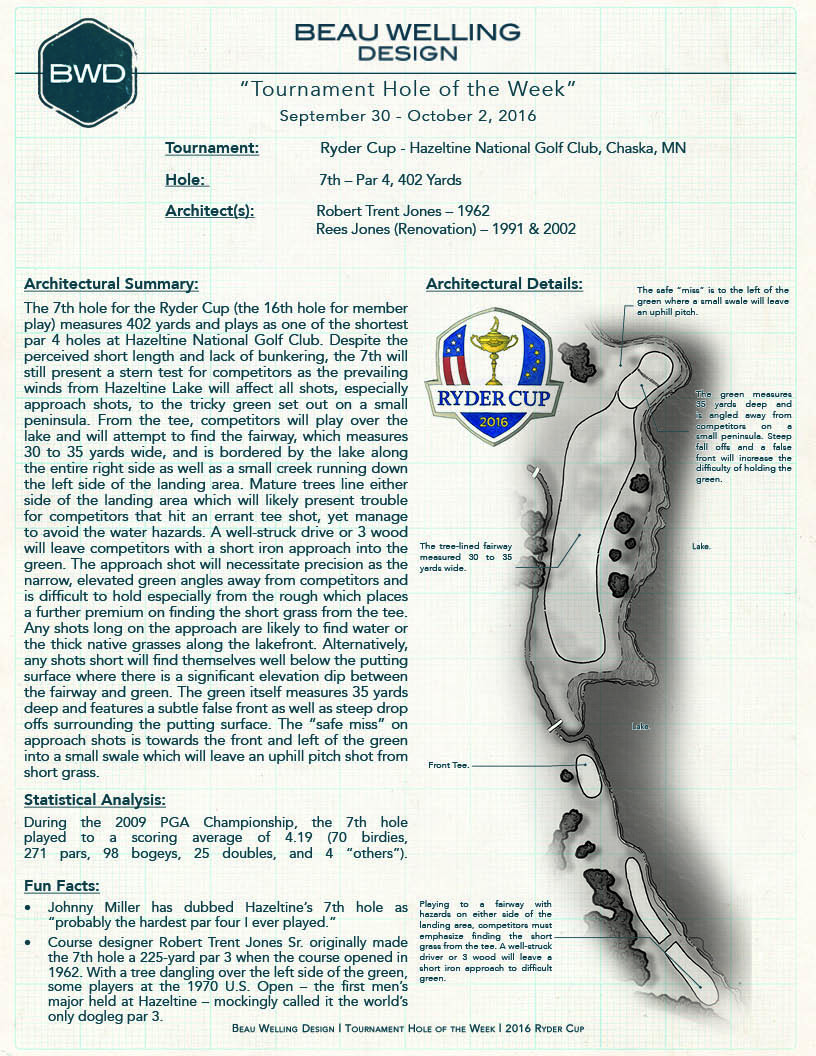 The 7th hole for the Ryder Cup (the 16th hole for member play) measures 402 yards and plays as one of the shortest par 4 holes at Hazeltine National Golf Club. Despite the perceived short length and lack of bunkering, the 7th will still present a stern test for competitors as the prevailing winds from Hazeltine Lake will affect all shots, especially approach shots, to the tricky green set out on a small peninsula. From the tee, competitors will play over the lake and will attempt to find the fairway, which measures 30 to 35 yards wide, and is bordered by the lake along the entire right side as well as a small creek running down the left side of the landing area. Mature trees line either side of the landing area which will likely present trouble for competitors that hit an errant tee shot, yet manage to avoid the water hazards. A well-struck drive or 3 wood will leave competitors with a short iron approach into the green. The approach shot will necessitate precision as the narrow, elevated green angles away from competitors and is difficult to hold especially from the rough which places a further premium on finding the short grass from the tee. Any shots long on the approach are likely to find water or the thick native grasses along the lakefront. Alternatively, any shots short will find themselves well below the putting surface where there is a significant elevation dip between the fairway and green. The green itself measures 35 yards deep and features a subtle false front as well as steep drop offs surrounding the putting surface. The “safe miss” on approach shots is towards the front and left of the green into a small swale which will leave an uphill pitch shot from short grass.