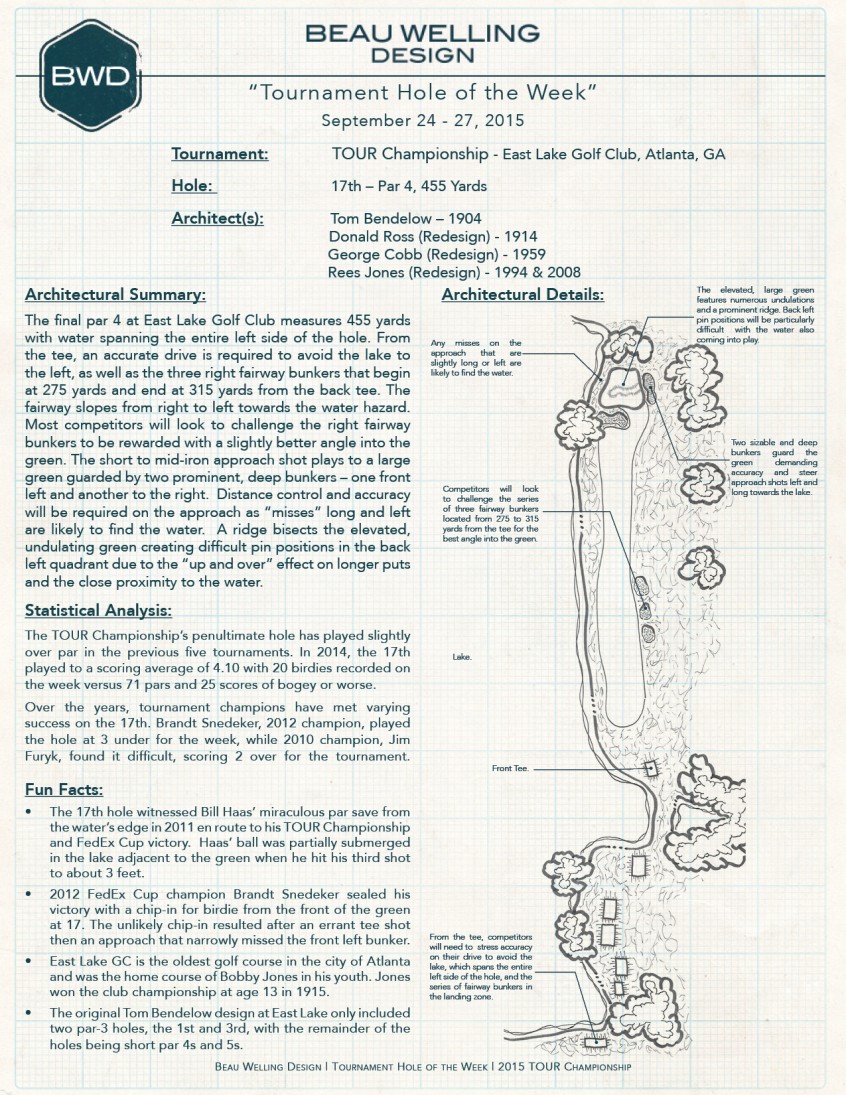 The final par 4 at East Lake Golf Club measures 455 yards with water spanning the entire left side of the hole. From the tee, an accurate drive is required to avoid the lake to the left, as well as the three right fairway bunkers that begin at 275 yards and end at 315 yards from the back tee. The fairway slopes from right to left towards the water hazard. Most competitors will look to challenge the right fairway bunkers to be rewarded with a slightly better angle into the green. The short to mid-iron approach shot plays to a large green guarded by two prominent, deep bunkers – one front left and another to the right. Distance control and accuracy will be required on the approach as “misses” long and left are likely to find the water. A ridge bisects the elevated, undulating green creating difficult pin positions in the back left quadrant due to the “up and over” effect on longer puts and the close proximity to the water.

The TOUR Championship’s penultimate hole has played slightly over par in the previous five tournaments. In 2014, the 17th played to a scoring average of 4.10 with 20 birdies recorded on the week versus 71 pars and 25 scores of bogey or worse.
Over the years, tournament champions have met varying success on the 17th. Brandt Snedeker, 2012 champion, played the hole at 3 under for the week, while 2010 champion, Jim Furyk, found it difficult, scoring 2 over for the tournament.