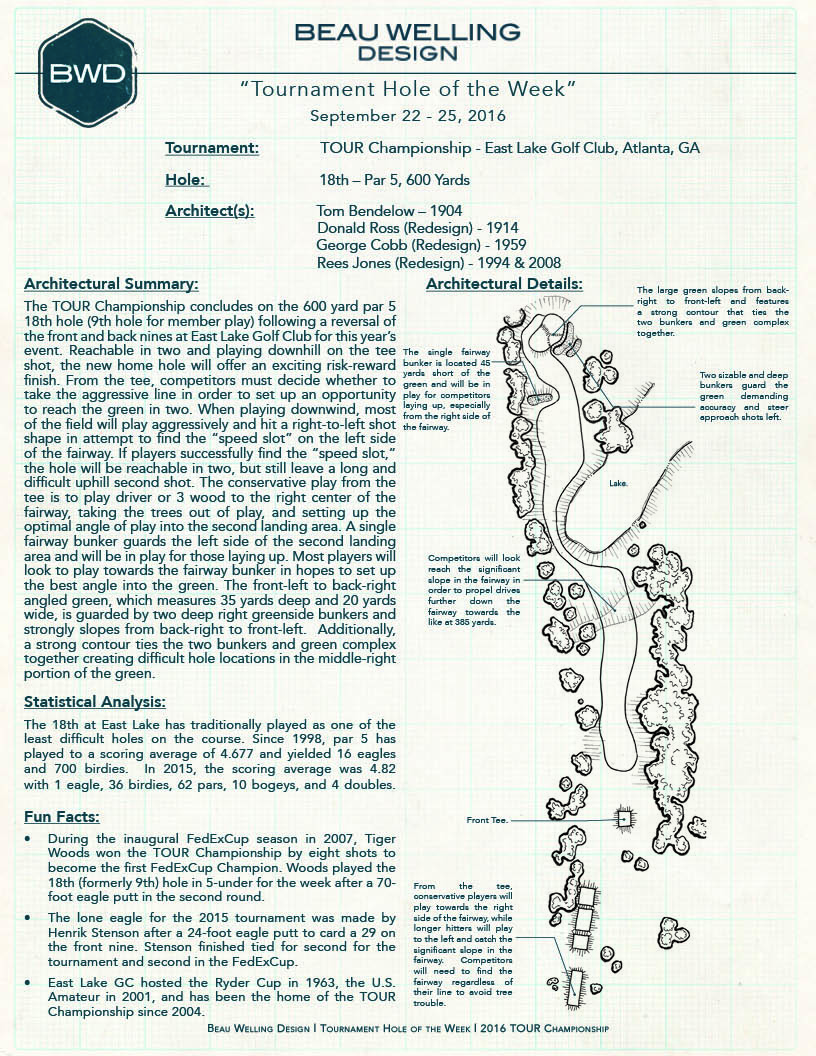 The TOUR Championship concludes on the 600 yard par 5 18th hole (9th hole for member play) following a reversal of the front and back nines at East Lake Golf Club for this year’s event. Reachable in two and playing downhill on the tee shot, the new home hole will offer an exciting risk-reward finish. From the tee, competitors must decide whether to take the aggressive line in order to set up an opportunity to reach the green in two. When playing downwind, most of the field will play aggressively and hit a right-to-left shot shape in attempt to find the “speed slot” on the left side of the fairway. If players successfully find the “speed slot,” the hole will be reachable in two, but still leave a long and difficult uphill second shot. The conservative play from the tee is to play driver or 3 wood to the right center of the fairway, taking the trees out of play, and setting up the optimal angle of play into the second landing area. A single fairway bunker guards the left side of the second landing area and will be in play for those laying up. Most players will look to play towards the fairway bunker in hopes to set up the best angle into the green. The front-left to back-right angled green, which measures 35 yards deep and 20 yards wide, is guarded by two deep right greenside bunkers and strongly slopes from back-right to front-left. Additionally, a strong contour ties the two bunkers and green complex together creating difficult hole locations in the middle-right portion of the green.