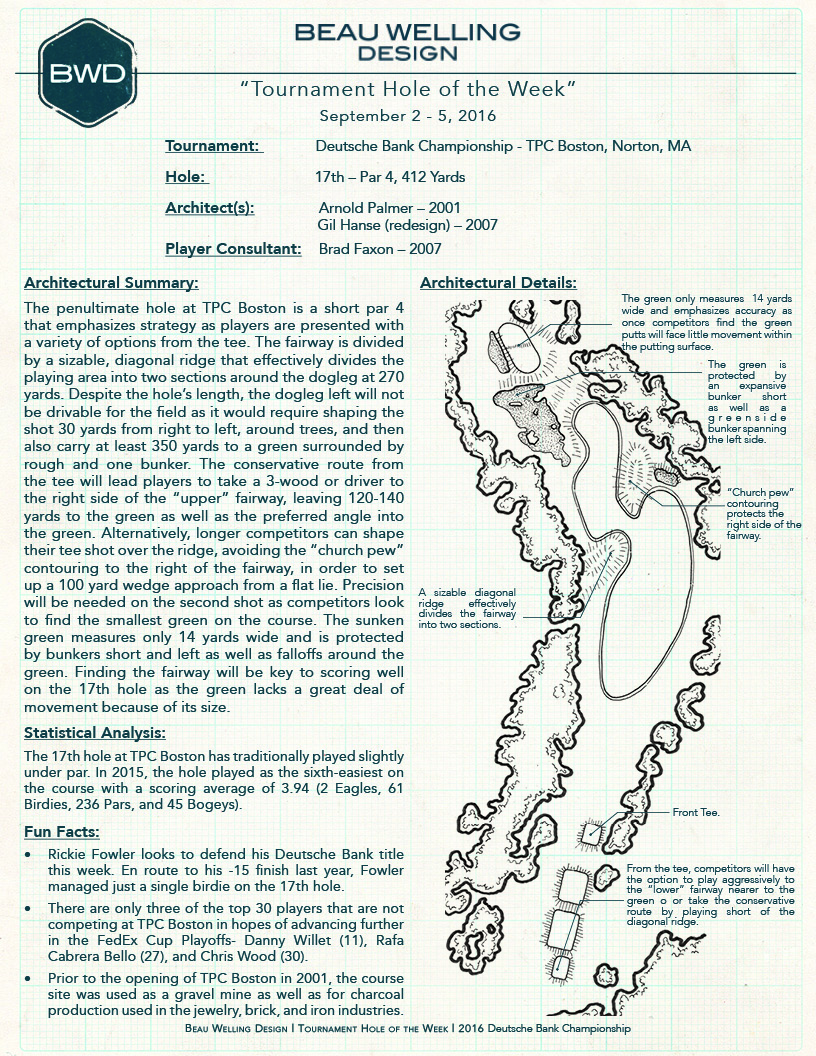 The penultimate hole at TPC Boston is a short par 4 that emphasizes strategy as players are presented with a variety of options from the tee. The fairway is divided by a sizable, diagonal ridge that effectively divides the playing area into two sections around the dogleg at 270 yards. Despite the hole’s length, the dogleg left will not be drivable for the field as it would require shaping the shot 30 yards from right to left, around trees, and then also carry at least 350 yards to a green surrounded by rough and one bunker. The conservative route from the tee will lead players to take a 3-wood or driver to the right side of the “upper” fairway, leaving 120-140 yards to the green as well as the preferred angle into the green. Alternatively, longer competitors can shape their tee shot over the ridge, avoiding the “church pew” contouring to the right of the fairway, in order to set up a 100 yard wedge approach from a flat lie. Precision will be needed on the second shot as competitors look to find the smallest green on the course. The sunken green measures only 14 yards wide and is protected by bunkers short and left as well as falloffs around the green. Finding the fairway will be key to scoring well on the 17th hole as the green lacks a great deal of movement because of its size.